The clip features tributes for the late Chester Bennington from around the world.

Linkin Park have shared a video thanking their fans for their support, following the suicide of their frontman Chester Bennington.

The video contains images of fans paying tribute to the singer everywhere from Mexico, toRussia and Amsterdam.

The end of the video and it's accompanying Twitter caption reads: "Thank you to our fans from around the world for your outpouring of love and support."

Thank you to our fans from around the world for your outpouring of love and support. pic.twitter.com/W0idQCmt8G

It comes a day after Bennington's wife Talinda shared a heartbreaking family photo with the Numb singer looking happy to demonstrate how easily suicidal thoughts can go unnoticed.

She captioned the heartfelt post: "This was days b4 my husband took his own life.Suicidal thoughts were there,but you'd. Never kmow. #fuckdepression (sic)."

This was days b4 my husband took his own life.Suicidal thoughts were there,but you'd. Never kmow. #fuckdepression pic.twitter.com/2IPXxXJxmT

Talinda - who was married to the Numb singer for 12 years - has admitted she still can't sleep at night following the loss of her lover, and the "empty space" in her bed where her husband used to lay is "too light now."

Meanwhile Foo Fighters' Dave Grohl and Taylor Hawkins have opened up about the suicides of the Linkin Park frontman and his good friend and grunge icon Chris Cornell.

In a recent interview with with The rock FM's Morning Rumble, where the sticksman reflected: "It doesn't matter what's in your bank account or how many hits are on your YouTube page, all that kind of crap all goes out the window if you're not feeling right".

Speaking to Rolling Stone, Grohl said: "He was a really sweet guy. Full of life. And he had so much to offer. That one hurt," he says through tears. "Over the years you sort of count your blessings that you survived, and when you see another one go down ..." 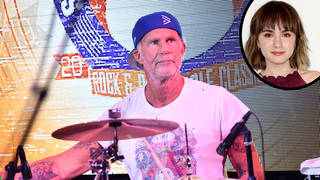 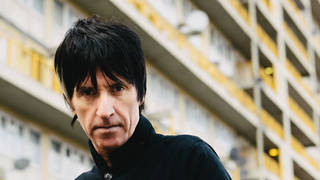 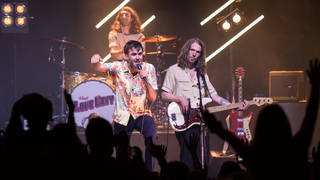