U2 Pay Tribute To Terror Victims At Trafalgar Square Gig

The band also shoot part of the video to their new track Get Out Of Your Own Way at the show.

U2 paid tribute to the victims of the Manchester terrorist attack at a special London concert on Saturday night (11 November).

The Irish rockers kicked off their MTV Presents Trafalgar Square gig at the famous landmark by performing Sunday Bloody Sunday, with the names of those who had lost their lives when a bomb was detonated at an Ariana Grande concert in Manchester Arena in May were lit up on huge display boards.

The veteran group played a string of their biggest hits during the show, including Beautiful Day - during which they referenced the late David Bowie's Starman - One and Pride (In the Name of Love).

Announcing the latter track, Bono made a dedication to "the military".

He told the fans who had braved the chilly temperatures for the show: "I was never expecting to learn that the people who most value peace are the ones who pay the price for peace.

"So we dedicate this song to the military who have lost their lives on all sides." 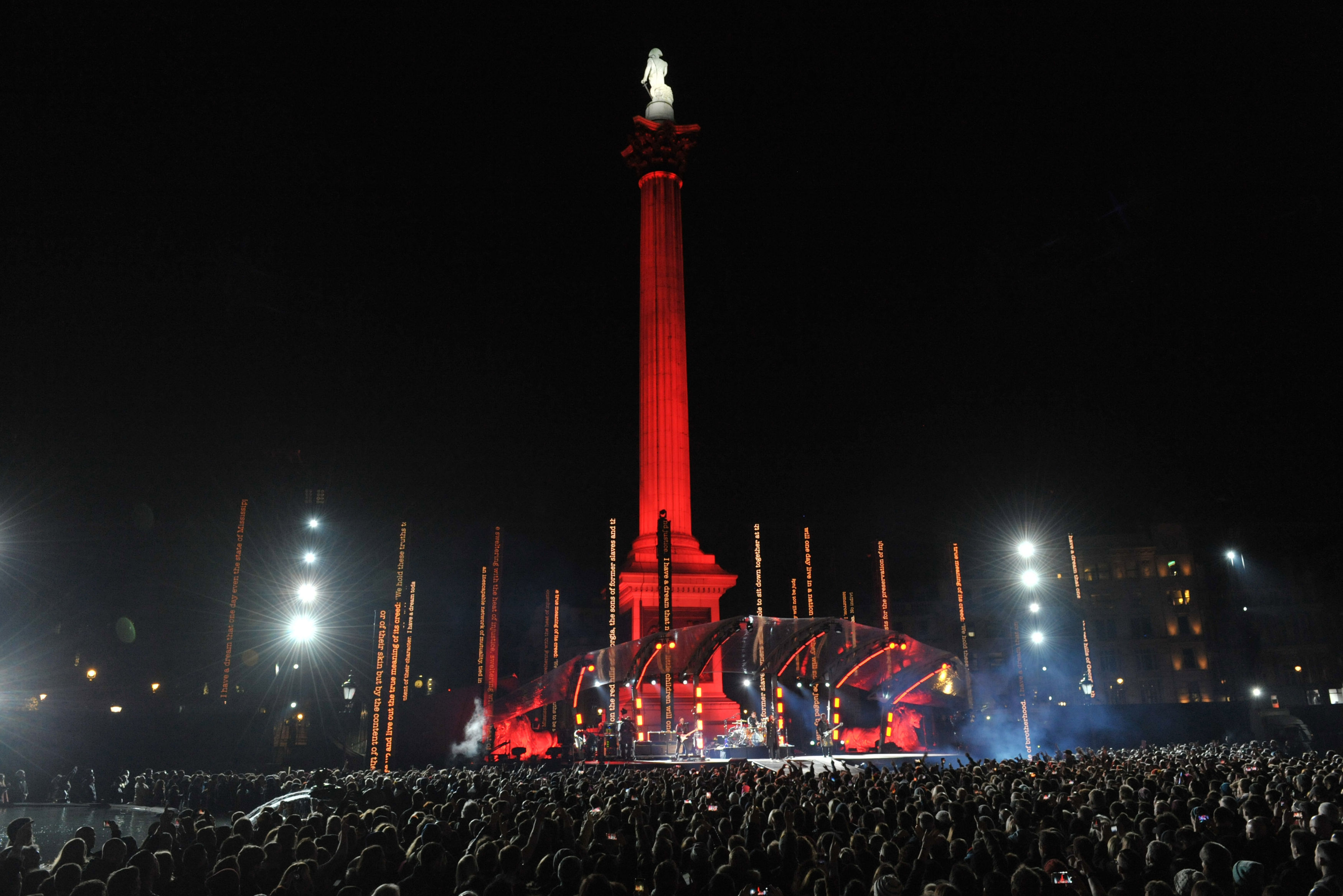 But it wasn't just old songs the group played as they treated fans to a glimpse of their new album Songs Of Experience with tracks You're The Best Thing About Me and Get Out Of Your Own Way, even filming part of the video for the second song during the performance.

The group urged the audience to stage their own protests, encouraging them to hold up their placards in front of MTV's cameras at the end of their set.

He said: "Protesting in the end works - it gets things done, slowly but surely."

After U2 left the stage, David Guetta then sent the crowd wild with a selection of hits, accompanied by smoke cannons and dazzling lights and pyrotechnics.