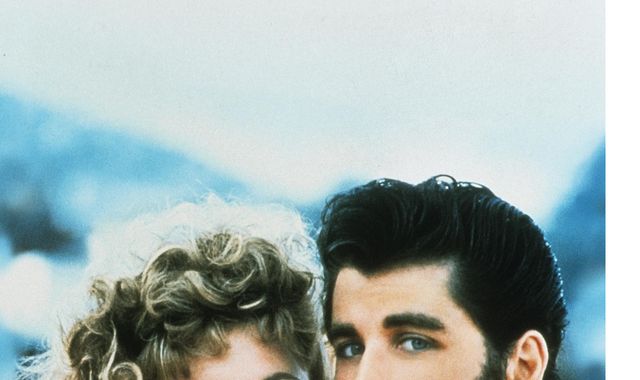 A 13-year-old boy named Ibrahim Yousaf is the youngest person on the list, for services to the community, and is in the company of British-born Australian singer and actress Olivia Newton-John, who will be made a dame for services to charity, cancer research and entertainment.

Steve McQueen, director of 12 Years A Slave and Widows, will also receive a knighthood for services to film.

Alongside those from the worlds of sport, the arts, sciences and charity, Conservative MP Iain Duncan Smith, the architect of the widely criticised Universal Credit system, is to be knighted.

Another controversial inclusion is Alison Saunders, who last year was the first former head of the Crown Prosecution Service not to receive a senior honour after leaving the role. This year she has been awarded a damehood, despite presiding over a number of rape cases which collapsed after the prosecution failed to disclose evidence.

Best known for starring as Sandy in the musical film Grease, Newton-John, who moved to Australia aged five, said of her honour: "I am extremely excited, honoured and grateful beyond words to be included with such an esteemed group of women who have received this distinguished award before me."

Mendes, best known for directing two Bond films and American Beauty, is to be knighted for his contribution to drama.

"I have stood on the shoulders of so many collaborators and colleagues over the last 30 years - actors, writers, designers, producers, technicians - to whom I owe a huge debt of gratitude," he said. "I would not be receiving this honour without them."

In sport, England's Cricket World Cup heroes are recognised, including one-day international captain Eoin Morgan, who gets a CBE, and teammates Joe Root and Jos Buttler have been given MBEs.

Stokes, 28, who recently won the BBC Sports Personality of the Year award, will be given an OBE.

Also in the sporting honours of 2020 are Colin Graves, chairman of the England and Wales Cricket Board, who will be given a CBE, coach Trevor Bayliss, who gets an OBE, and Clive Lloyd, 75, a former West Indies team captain, is raised to receive a knighthood.

England footballer Jill Scott, part of the England football squad which reached the semi-finals of the World Cup in France in the summer, has also been recognised.

Billy Ocean is among those from the music industry to receive an award, being granted an MBE for services to music, while Queen drummer Roger Taylor is made an OBE and Sir Elton John is raised further and appointed to the prestigious Order of the Companions of Honour.

Gary Lightbody, Snow Patrol's lead singer, is made an OBE for services to music and charity, while Michael Prendergast, founding member of The Searchers, gets an MBE.

The man behind the Joy Division album cover for Unknown Pleasures, Peter Saville, is made a CBE for services to design.

Chefs Ainsley Harriott and Nadiya Hussain receive MBEs, while chef and author Nigel Slater gets an OBE for services to cookery and literature.

Wilfred Emmanuel-Jones, founder of The Black Farmer brand of meat and dairy products, gets an MBE for services to British farming, while wine writer and broadcaster Robert "Oz" Clarke receives an OBE for services to journalism.

Annie Nightingale, BBC Radio 1's longest-serving presenter, is made a CBE for services to radio.

Playwright James Graham, also known for his film Brexit: The Uncivil War, receives an OBE for services to drama and to young people in British theatre, while Hamilton actor Giles Terera, who won an Olivier Award for playing the role of Aaron Burr in the West End production of Hamilton, gets an MBE for services to theatre.

Composer Errollyn Wallen, who was the first black woman to have her work performed at the Proms, has her MBE upgraded to a CBE for services to music.

Baroness Floella Benjamin, beloved children's TV presenter, has said she is "happy and thrilled, honoured and privileged" to be made a dame - and will celebrate by having "lunch and a dance at The Ritz".

In politics, as well as Mr Duncan-Smith, his colleague Bob Neill and Labour MP for Hull North Diana Johnson are on the list.

D-Day veteran Harry Billinge, who was just 18 when he landed on Gold Beach in Normandy on 6 June 1944, is made an MBE for services to charitable fundraising after his efforts made headlines around the world.

Although organisers have said they will not consider honours solely on the basis of involvement in Grenfell Tower tragedy relief efforts until the conclusion of the public inquiry, Red Cross volunteer Lady Angela Lamport, 67, who has worked on a number of crises, is to be made an MBE.

A hospital chaplain, Rev Wynne Roberts, who performed as Elvis to raise hundreds of thousands of pounds, has received the British Empire Medal (BEM), while Maureen and George Hughes, a couple who fostered 39 people ranging from a day-old baby to a 27-year-old mother and her child, have been honoured with MBEs.

The 2020 Honours List also features a number of figures who have devoted their efforts to the environment.

Steve Backshall, nature conservationist and television presenter, and wildlife cameraman Gordon Buchanan, who worked on Planet Earth II, are both made MBEs.

In health, NHS England and NHS Improvement chief executive Simon Stevens and neuroscientist Professor Menelas Pangalos are both to be knighted. Caroline Palmer Yeates, chief executive of the Royal Marsden NHS Foundation Trust, is upgraded to a damehood for services to cancer medicine.