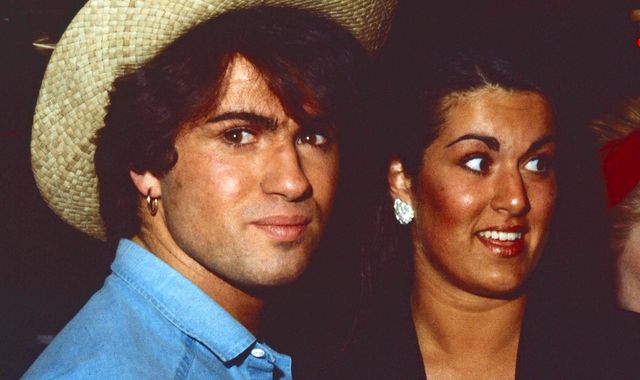 George Michael's sister was found dead at her home on Christmas Day, the third anniversary of the singer's death.

Melanie Panayiotou, 55, was discovered at her home in Hampstead, northwest London, on the evening of 25 December by her sister Yioda Panayiotou.

Her death comes exactly three years after her brother George was found dead at his home in Goring-on-Thames, Oxfordshire, on Christmas Day in 2016, at the age of 53. He died of natural causes.

John Reid, the lawyer running Michael's music firms, told Sky News on behalf of the family: "We can confirm that very tragically Melanie has passed away suddenly.

"We would simply ask that the family's privacy be respected at this very sad time."

A Metropolitan Police statement said: "Police were called by London Ambulance Service at approximately 19.35 on Wednesday 25 December to reports of the sudden death of a woman, aged in her 50s, at an address in Oak Hill Park, NW3.

"The death is not being treated as suspicious by police.

"A report will be compiled for the coroner into the circumstances."

Ms Panayiotou, a hairdresser, was close with her brother, travelling with him around the world at the height of his fame with Wham! in the 1980s and 1990s.

Michael, who is one of the biggest selling artists of all time, left most of his estate to her and her older sister, Yioda.

Last month, a new song recorded by the late British singer was released ahead of its inclusion in Last Christmas, a film written by actress Emma Thompson and starring Emilia Clarke, which features his music.

This Is How (We Want You To Get High) is the first original release from Michael since 2012.

Melanie wrote about "our beloved Yog" and how much her brother loved the idea of the film in The Big Issue's November edition.

She wrote: "My family and I hope you all enjoy the film, and Yog's music old and new, woven beautifully into this fun, easy tale of love and self-love.

"As many of you know, Yog adored Christmas and he loved the idea of this film. I am sure he will be enjoying seeing Emilia's amazing light bulb smile, something they share, across the celestial miles!

"And, most importantly, we all, together with our dear departed Yog (my 'very proud to be gay' brother - contrary to what you may have read recently!) wish a very merry, merry Christmas to Big Issue sellers and readers alike."

Michael was the first famous person to feature on the cover of The Big Issue in 1996, after Melanie became friends with the magazine's founder, John Bird, in a north London cafe.

In her piece last month, she said the film features "many talented members of London's homeless community".

Just two days before Christmas this year, Michael's family - including Melanie - told his fans in a post on his website that their kind messages "lift us when things are tough".

With the third anniversary of the star's death approaching, his relatives also asked that people continue to do "good deeds in his memory" and spoke about the love that is still out there for his music.

"We know how much his lyrics can offer support when things are tough and help celebrate when times are good and life is going well… and that is just as powerful now as if he were still with us; and as many of you say in your messages, it's a gift.

"It seems important that his generosity of spirit and natural empathy have touched you in a way that would have him embarrassed, all your kind words are really good to hear and we know you have always known his true heart."

Michael - whose real name was Georgios Kyriacos Panayiotou - sold more than 100 million albums throughout his career.