Talinda Bennington wants fans to take part in her 320 Changes Direction initiative to mark what would have been the Linkin Park frontman's birthday.

The widow of Chester Bennington has launched a new campaign for mental health awareness, following his tragic passing by suicide on 20 July.

Talinda, who was married to the Linkin Park frontman for 11 years, has taken to Twitter to share her 320 Changes Direction initiative to honour what would have been the Numb singer's 42nd Birthday on 20 March this year.

Sharing a post on the platform, she wrote: "To honor @ChesterBe Bday-I’m asking you to Change Direction. On March 20th,Post a pic holding up your hand, which symbolizes you know the 5 signs of emotional well-being. Write “I AM THE CHANGE” on your hand. Bcuz the change begins within ourselves".

To honor @ChesterBe Bday-I’m asking you to Change Direction. On March 20th,Post a pic holding up your hand , which symbolizes you know the 5 signs of emotional well-being. Write “I AM THE CHANGE” on your hand. Bcuz the change begins within ourselves https://t.co/bZ2yDAq3y1

Chester Bennington tragically took his own life on what would have been his good friend Chris Cornell's 53rd Birthday, who also lost his life to suicide just two months before- Bennington sining Leonard Cohen's Hallelujah at the grunge icon's funeral.

Bennington's wife Talinda went on to share photos and footage of the Numb rocker smiling with his children, to show how difficult it is to predict and detect suicidal thoughts.

She captioned one of her heartfelt posts: "This was days b4 my husband took his own life.Suicidal thoughts were there, but you'd. Never kmow. #fuckdepression (sic)."

Talinda - who was married to the Numb singer for 12 years - also shared a video of the singer laughing and joking around with his kids.

She captioned it: "This is what depression looked like to us just 36 hrs b4 his death. He loved us SO much & we loved him. #f**kdepression #MakeChesterProud (sic)" 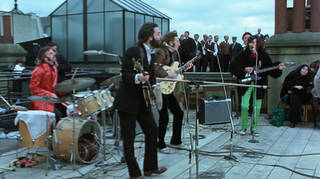 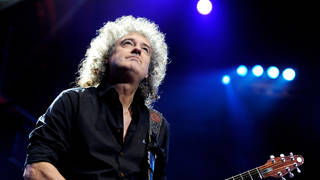