The band have spoken out following the tragic news of their singer's suicide on Thursday 20 July.

Linkin Park have released an official statement following the death of their singer Chester Bennington.

The band have shared an open letter to the frontman on their website, in which they have also thanked fans for the support both they and Chester's family have received.

"Our hearts are broken. The shockwaves of grief and denial are still sweeping through our family as we come to grips with what has happened.

"You touched so many lives, maybe even more than you realized. In the past few days, we’ve seen an outpouring of love and support, both public and private, from around the world. Talinda and the family appreciate it, and want the world to know that you were the best husband, son, and father; the family will never be whole without you.

"Talking with you about the years ahead together, your excitement was infectious. Your absence leaves a void that can never be filled—a boisterous, funny, ambitious, creative, kind, generous voice in the room is missing. We’re trying to remind ourselves that the demons who took you away from us were always part of the deal. After all, it was the way you sang about those demons that made everyone fall in love with you in the first place. You fearlessly put them on display, and in doing so, brought us together and taught us to be more human. You had the biggest heart, and managed to wear it on your sleeve.

"Our love for making and performing music is inextinguishable. While we don’t know what path our future may take, we know that each of our lives was made better by you. Thank you for that gift. We love you, and miss you so much.

"Until we see you again,

The statement comes after co-singer and rapper Mike Shinoda verified the news on Friday (21 July), telling fans he was "shocked and heartbroken".

Shocked and heartbroken, but it's true. An official statement will come out as soon as we have one.

The band have also launched a tribute website for the late rocker, containing tributes from Bennington's fans across the world and information on how to seek advice for those contemplating taking their own life.

The news comes as Blink-182 confirm they will not be going ahead with with the Welcome To Blinkin Park tour.

The All the Small Things rockers were due to share a stage with Linkin Park in joint concerts, but have insisted it wouldn't be "possible" to perform without Numb band.

The trio - comprising of Mark Hoppus, Travis Barker and Matt Skiba - shared a note on Twitter which read: "blink-182 is wrecked by the loss of our friend and amazing musician Chester Bennington. We could never imagine playing blinkin park without his incredible talent and voice.

It continued: "It just would not be possible. We send our deepest sympathies to his family, bandmates, friends and fans. Refunds will be available at the place of purchase."The announcement comes after Linkin Park confirmed the North American leg of their One More Light tour will not be going ahead.

A statement from promoters Live Nation read: "We are incredibly saddened to hear about the passing of Chester Bennington. The Linkin Park One More Light North American Tour has been cancelled and refunds are available at point of purchase. Our thoughts go out to all those affected."

The band were set to continue their One More Light world tour in North America, with a date at The Xfinity Center in Massachusetts on Saturday 27 July.

Tributes have continued to pour in from all walks of the music world.

He tweeted: "Mental health is no joke. We have to destigmatize the conversation around it.(sic)"

Mental health is no joke. We have to destigmatize the conversation around it.

Chester was a close friend of Soundgarden frontman Chris Cornell, who took his own life in May, and his death came on what would have been the You Know My Name singer's 53rd birthday.

Just when I thought my heart couldn't break any more.....I love you T

The Green Day frontman posted: "i've met Chester a couple times. he was very kind and also very smart. and one hell of a singer. mental health and drug addiction are really complex issues. but just know you are not alone. rest in peace Chester. you will be missed .. suicide prevention hotline: +1 (844) 540-5889 (sic)"

i've met Chester a couple times. he was very kind and also very smart. and one hell of a singer. mental health and drug addiction are really complex issues. but just know you are not alone. rest in peace Chester. you will be missed .. suicide prevention hotline: +1 (844) 540-5889

Stormzy - who featured on the band's recent Good Goodbye single - took to Twitter to share his heartache at the news.

I am heartbroken you do not know what someone's going through serious. Prayers up for your family right now my brother

Listen to Bennington's chilling isolated vocals on Heavy, which is taken from their One More Light album: 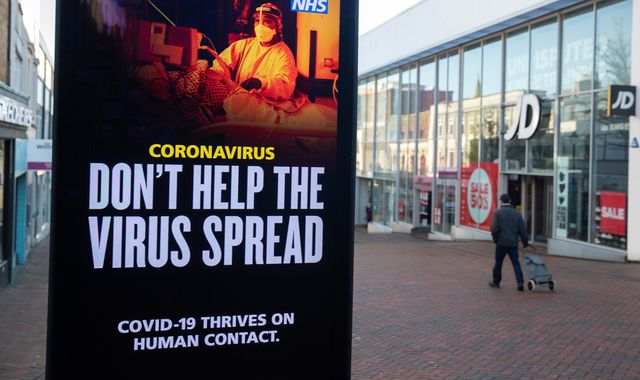