Last week we reported Kurt Cobain's cardigan was being put up for auction with bids starting at $20,000. Now according to auction site Julien's Live, the famous knitwear has sold for a whopping $140,800 which equals approximately £93,000.

The cardigan was worn by the late Nirvana frontman at their MTV Unplugged recording in 1993.

If that wasn't eye-watering enough, John Lennon's guitar - with which he composed Love Me Do - went for a HUGE $2.3m, which is almost £1.6m.

On Tuesday 3 November, we wrote:

Feeling a little chilly and have the urge own Kurt Cobain's cardigan? Well now you can... for several thousand pounds.

Online auction website Julien's Live have added 350 new items of music memorabilia to their books, including items which belong to the late Kurt Cobain, Elvis and John Lennon.

Collectors can get their hands on a platinum plaque marking one million sales of Nirvana's Nevermind, a lock of the late frontman's hair and the cardigan Cobain wore during the famous recording of MTV Unplugged  in 1993, which has bids starting at $20,000.

Personal items belonging to Elvis are also listed on the site, including his guitar pick, life insurance policy and Valium pill bottle.

'Nothing has changed': Athlete Ricardo Dos Santos pulled over by police for second time 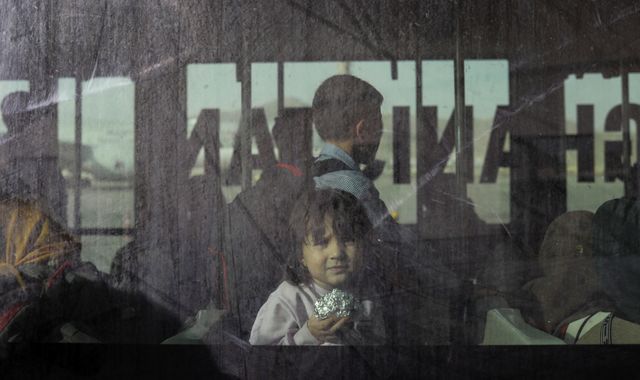 Evacuation of Kabul happened in 'chaos and confusion' with 'tragic yet avoidable outcomes', damning report claims