The animated outfit have announced the event in today's Metro.

Gorillaz appear to have announced their live return and a new festival this morning.

The Damon Albarn and Jamie Hewlett-created band shared an advertisement in today's Metro for the Demon Dayz festival in June.

See a picture of Radio X's copy below: 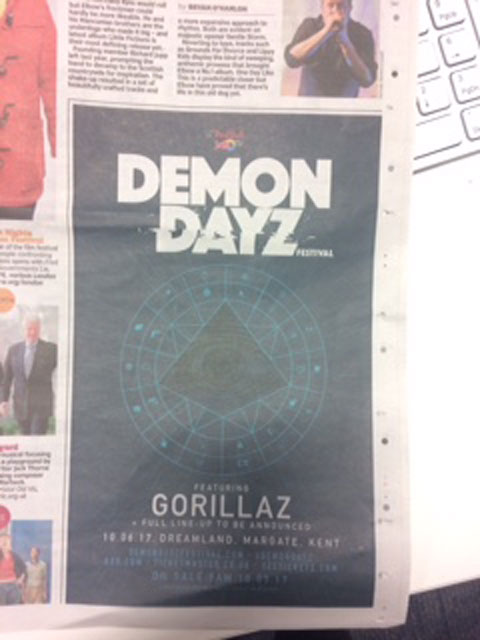 The Dreamland event - which is set to take place in Margate, Kent on 10 June 2017 - adds that it will feature the animated band with a "full-line-up to be announced".

Tickets are said to go on sale this Friday 10 March 2017 from demondayzfestival.com.

The news seems to corroborate the words of a fan who bumped into Damon Albarn last week.

According to Jack Winstanley, Albarn told him the fifth release for the animated band is complete and the band are rehearsing for a new Gorillaz tour, which the Britpop icon had already got a new hat for.

@sidneyphlegm he says they've just finished the album and they're rehearsing right now!! :)