Bryan Cranston's Story About Meeting Charles Manson Will Give You The Chills...

The Breaking Bad star was reminded of his brief encounter with the killer and cult leader, who died this week.

Bryan Cranston has recalled the time he came face to face with Charles Manson as a child.

After hearing of the cult leader's death this Sunday (19 November), Cranston took to social media to share his own chilling experience with the notorious criminal.

Writing on Twitter, he said: "Hearing Charles Manson is dead, I shuddered. I was within his grasp just one year before he committed brutal murder in 1969.

"Luck was with me when a cousin and I went horseback riding at the Span Ranch, and saw the little man with crazy eyes whom the other hippies called Charlie."

Hearing Charles Manson is dead, I shuddered. I was within his grasp just one year before he committed brutal murder in 1969. Luck was with me when a cousin and I went horseback riding at the Span Ranch, and saw the little man with crazy eyes whom the other hippies called Charlie.

It isn't the first time the 61-year-old Sneaky Pete star - who was born and raised in California - has spoken of his encounter with Manson either.

In a video interview with the Hudson Union in 2016 which was posted on YouTube, Bryan recalled how he was riding horses at the Spahn Ranch in California - famously used for shooting Western movies - when he was just 12-years-old when someone spotted the criminal.

He revealed he and his cousin were looking at the horses when somebody started shouting, "Charlie's on the hill!"

He continued: "Everybody looked around, and there was this frantic nervous energy going on, and they all jumped on horses and away they went.  We asked the old guy [Spahn] what was going on, and he said, 'Oh, it's nothing. It's happened before.' We thought, 'Well, Charlie must be someone important.' "

The Trumbo star revealed he and his cousin - a girl of about 14, similar to the age of some of Manson's followers - rode out to find "Charlie" because they wanted to see what all the fuss was about.

Bryan said: "There were about eight or so people, and there was a man in the middle on a horse, but he wasn't holding his own reins - there was someone on the horse in front holding the reins - and Charlie, I guessed, was this comatose, bearded, long-haired guy with big eyes riding as if he's just stuck to the back of a horse. Totally zoned out. You couldn't take your eyes off him.

"My cousin turned back to me and said, 'Wow, that guy's weird.' When we passed him and their whole group, she turned around again and said, 'That must be Charlie,' and I said, 'Yeah ... and Charlie's freaky!' We didn't think anything of it."

But when the news of the murders broke, Bryan instantly remembered his close encounter.

He said: "I saw his face on the news, and my jaw dropped. My cousin called me first and said, 'Can you believe this?' The picture of Charlie Manson was the guy on the back of this horse. And we thought for a second, oh my god, what if? It was very freaky, to say the least."

Meanwhile, Marilyn Manson reacted to to the death of the famous killer, from whom he took half his stage-name.

Taking to Twitter, the rock star - whose real name is Brian Warner - posted an image of the killer on the cover of LIFE magazine, but with their famous read and white lettering replaced by the word "Lie" instead.

The Tainted Love singer also shared a link to his own cover of Manson's Sick City track.

COVID-19: Which coronavirus restrictions are changing in the UK and the Republic of Ireland? 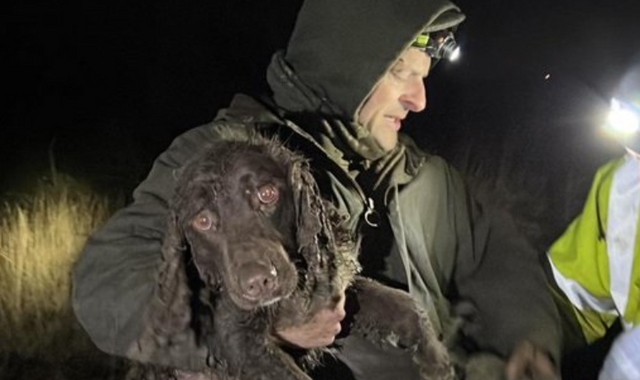