The acts join a star-studded line-up of special charity shows taking place around the awards ceremony.

The 1975 and Rag'n'Bone Man are among the acts confirmed for War Child BRITs Week together with O2.

The string of concerts will play host to the likes of the Love Me four-piece and this year's BRITs Critics' Choice Award winner in order to raise money for children whose lives have been torn apart by war. 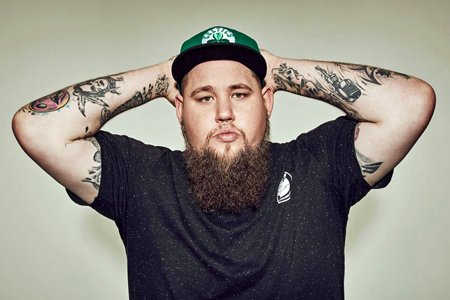 Rag'n'Bone Man - whose real name is Rory Graham - will play Clapham Grand on Tuesday 14 February, while The 1975 - who are nominated for two BRIT Awards this year - will play a very special gig at The Dome in north London's Tufnell Park on Tuesday 22 February.

The likes of Basement Jaxx, Wild Beasts, and Richard Hawley along with special guest Paul Weller have also been confirmed.

Liana Mellotte, Head of Music, Entertainment Development at War Child says; “Since 2009, War Child has been producing really special shows around the BRIT Awards that unite some of the greatest musicians in the world in support of children living with the brutality of war.

"This year’s line-up is once again testament to the musicians who generously donate their time, talent and unending commitment to protect the rights of children in the most horrendous circumstances. Words can’t really convey how grateful we are to them, to O2 and to our supporters around the UK who make this such a special time for War Child.”

The prize draw for entry opens at 9am on Friday 20 January and closes a week before each show.

To enter the prize draw for a chance to win tickets to see the artist of their choice, music fans can make a £5 donation at www.britsweekwarchild.co.uk.

See the star-studded dates for War Child BRITs Week below:

More on the BRIT Awards