Barneys Is Selling Black Flag T-Shirts For $265, And Punk Is Officially Dead...

Nothing says punk quite like buying a crisp black band T-shirt for hundreds of dollars, does it? No?

Well, if not, Barneys clearly hasn't got the memo, as they're selling the things for a ridiculous amount of money.

As reported by Digital Music News, the famous US department store are stocking Black Flag T-shirts for a whopping $265, which is just over 200 British pounds.

See it in all its glory below: 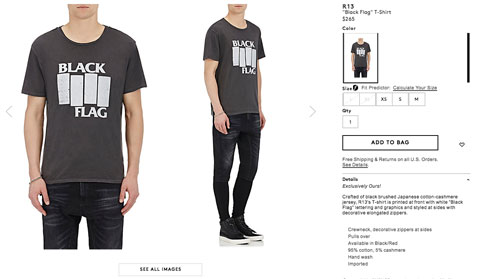 To be fair to them, it's not just any old Black Flag tee. The "exclusive" Madeworn garment is crafted from "black brushed Japanese cotton-cashmere jersey" and is styled at the sides with "decorative elongated zippers".

It still manages to look exactly like every other band T-shirt, though.

If anti-establishment, non-conformist punk rock doesn't do it for you, then you can always spend your capitalist spoils on Joy Division's famous Unknown Pleasures t-shirt.

It will still set you back a ridiculous $225. 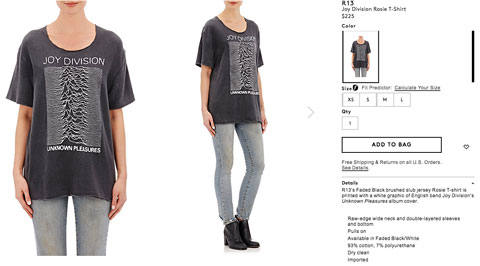 If you're still feeling a little poor, however, you can get a David Bowie shirt like this one for $175 below. 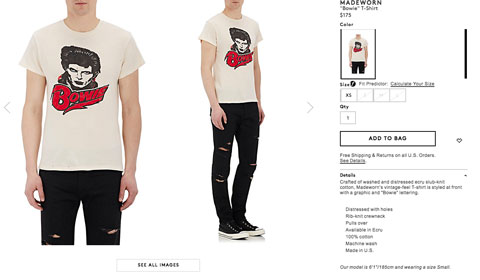 The company are also stocking T-shirts from the likes of Guns N' Roses, Blondie and The Doors for a similar price.