The Leicester rockers performed two tracks at the awards ceremony, where they took home the gong for Best Indie.

Kasabian attended the first ever Global Awards last night, where they played to a packed out crowd at Hammersmith's Eventim Apollo.

In the penultimate performance of the night Tom Meighan, Serge and co. performed their You're In Love With A Psycho and Fire singles at the star-studded bash, where they quite literally smashed it.

So much so, the sound broke Lilah Parsons' wine glass clean off its stem!

Watch the incredible moment above in our video, courtesy of the Heart presenter.

See Kasabian playing You're In Love With A Psycho below:

The Eez-Eh rockers won the Best Indie award at the ceremony, beating out stiff competition from Noel Gallagher's High Flying Birds, Blossoms, Liam Gallagher and Florence And The Machine.

Radio X’s Chris Moyles and Johnny Vaughan presented the band with the award - guitarist and songwriter Serge Pizzorno thanked the Kasabian management team ("The two most beautiful men in the room") and singer Tom Meighan added thanks to “our ladies” Vicky and Amy.. and Emily!

Serge joked: “We’ve had a bet down there and we said who’s gonna get the biggest cheer out of these two”, pointing to Johnny and Chris. The result was a draw. We think. 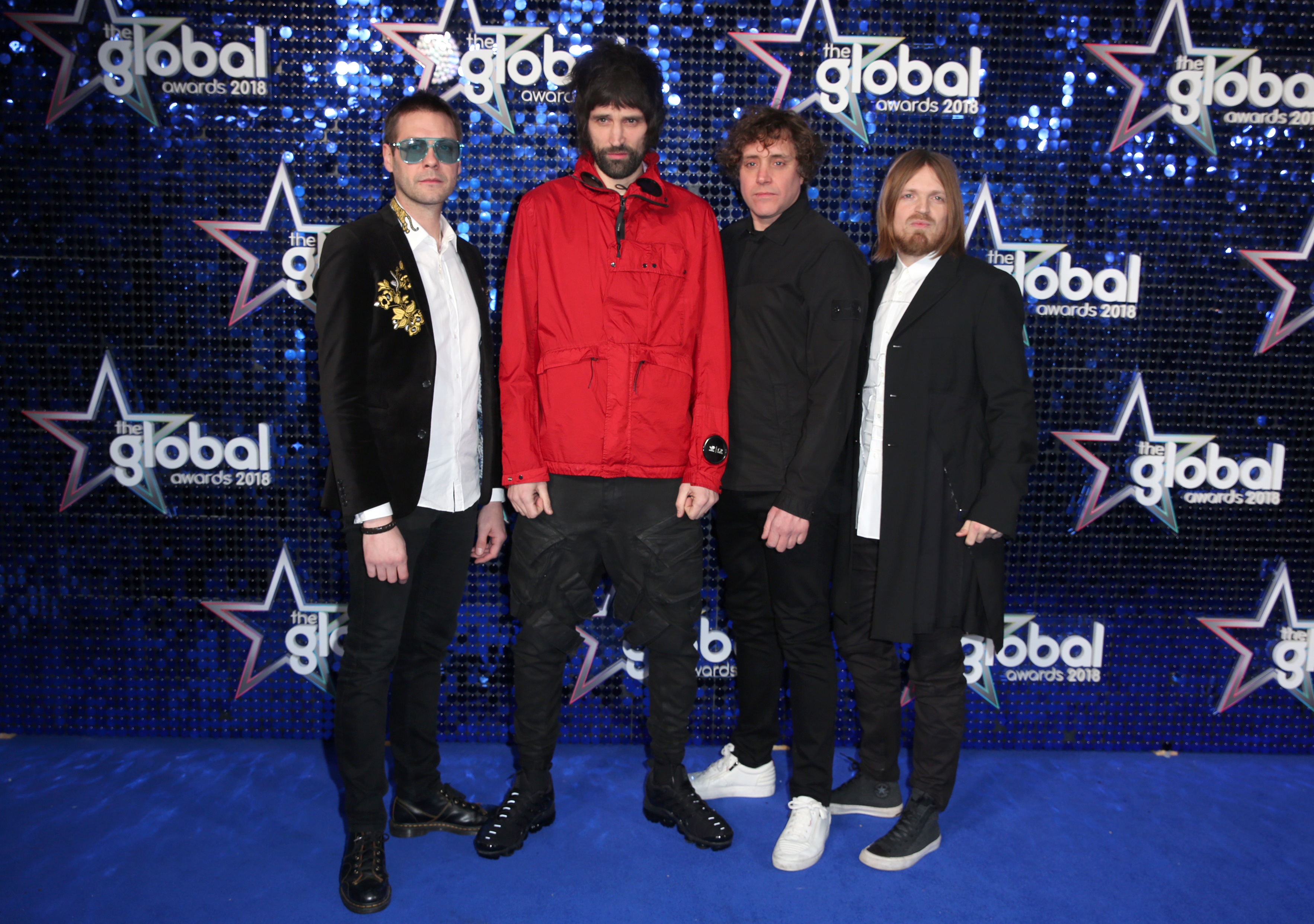 Kasabian have had five number one albums and a host of top ten hits, including the massive anthems Fire and Empire. They released their sixth studio album For Crying Out Loud in May 2017, with the chart-topping record featuring huge tunes including You’re In Love With A Psycho and Bless This Acid House.

Watch Dan O'Connell chat to Tom and Serge backstage after their win.

For all the videos, pictures and winners, see www.global.com/awards.

Liam Gallagher is teasing something "BIG" this week