Truck Festival have announced Courteeners as their Sunday night headliner for 2018.

The Mancunian indie legends are to play Hill Farm in Oxfordshire on Sunday 22 July.

The festival has also added another wave of acts for this year's weekend including Editors who are playing the festival for the first time since their iconic performance in The Barn back in 2005. 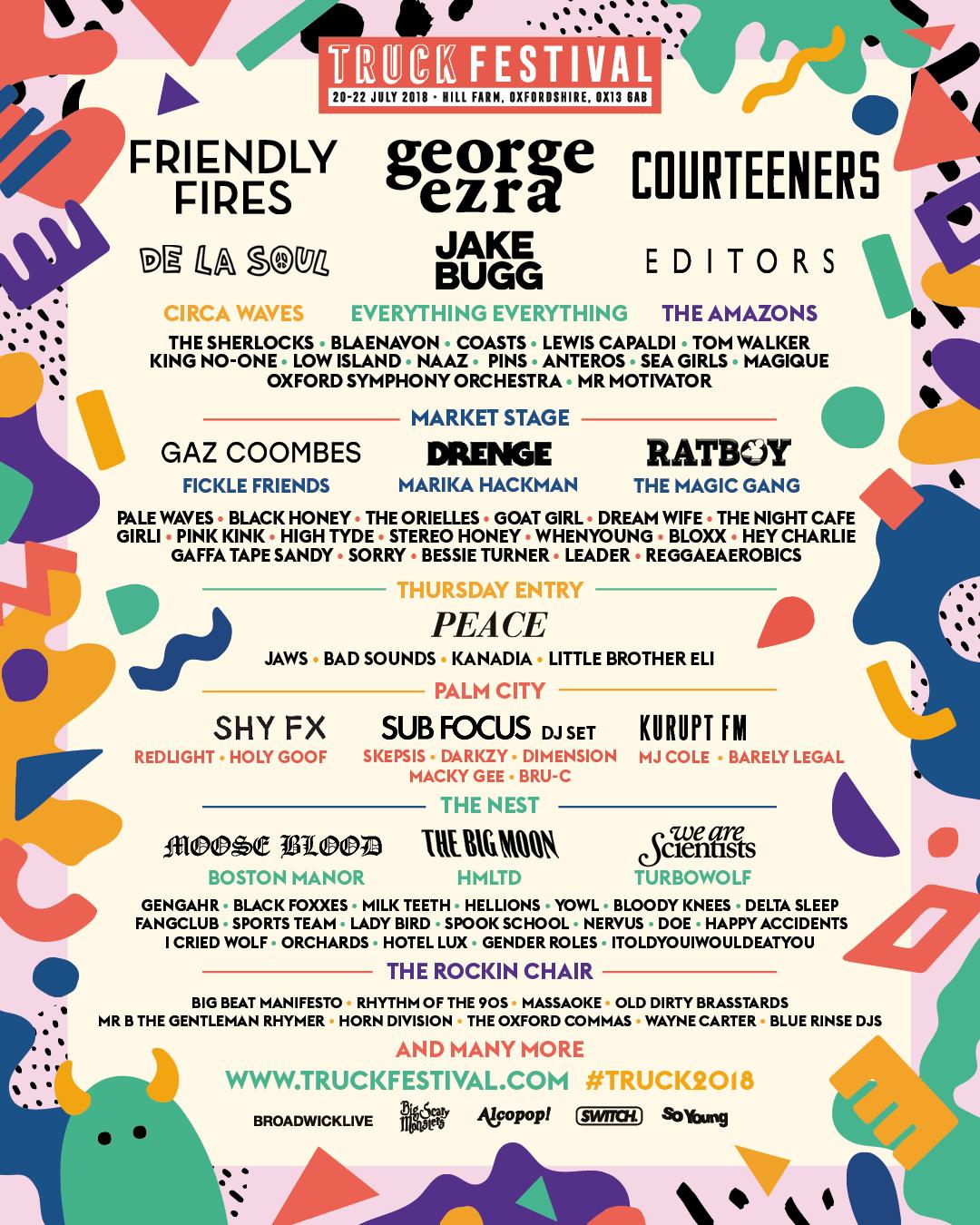 The festival, which formed in 1998, will take place from 19th - 22nd July at Hill Farm in Steventon, Oxfordshire. 2018 will be the first time ever that the festival has opened its doors on the Thursday.

The rest of the bill is also features Friday headliner Friendly Fires and four-time BRIT nominated and multi million selling singer-songwriter George Ezra on Saturday, as well as featuring the likes of Peace, De La Soul, Jake Bugg, Everything Everything, The Amazons, We Are Scientists, Pale Waves, Fickle Friends, Marika Hackman, Rat Boy and many more.

Tickets are on sale now at truckfestival.com