Biffy Clyro and Fall Out Boy have been confirmed as headliners for Reading & Leeds Festival 2016.

The Scottish trio and the punk rock four-piece are set to co-headline the event, which takes place on 26-28 August, Bank Holiday Weekend.

Also confirmed for the festival - which takes place at Richfield Avenue and Bramham Park - are Chvrches, The Vaccines, Jack Garratt, The Wombats and Haim.

Reading & Leeds will play host to 24 UK and European festival exclusives across the Bank Holiday Weekend, and become the first UK festival to showcase five headliners in the space of three days. 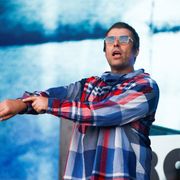