Nine Inch Nails, Queens of the Stone Age and The National added to Primavera line-up

Nine Inch Nails and Queens of the Stone Age are among the acts that complete the bill for Primavera Sound 2014.

Foals, Mogwai, The National, Bon Iver's band Volcano Choir and Metronomy are also among the acts in the final line-up announcement.

Arcade Fire, Neutral Milk Hotel and Pixies have already been confirmed for the festival in Barcelona. 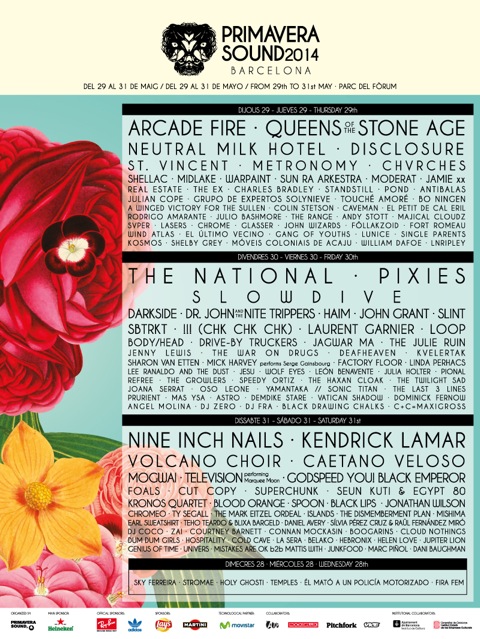