The acts will headline the festival, which takes place on 13-16 July.

Latitude Festival has announced its headliners for 2017.

Matt Healy and his BRIT Award-winning band will top the bill on the Friday night of the festival, while Mumford & Sons will bring their Gentlemen of the Road Stopover to Suffolk on Saturday, presenting their personally curated line-up of some of the biggest new bands, before playing an unmissable headline performance.

Closing the festival on the Sunday night will be Fleet Foxes, who will make their UK festival exclusive and play their first British performance in five years.

Also confirmed for the festival are the likes of Goldfrapp, Placebo and The Horrors. 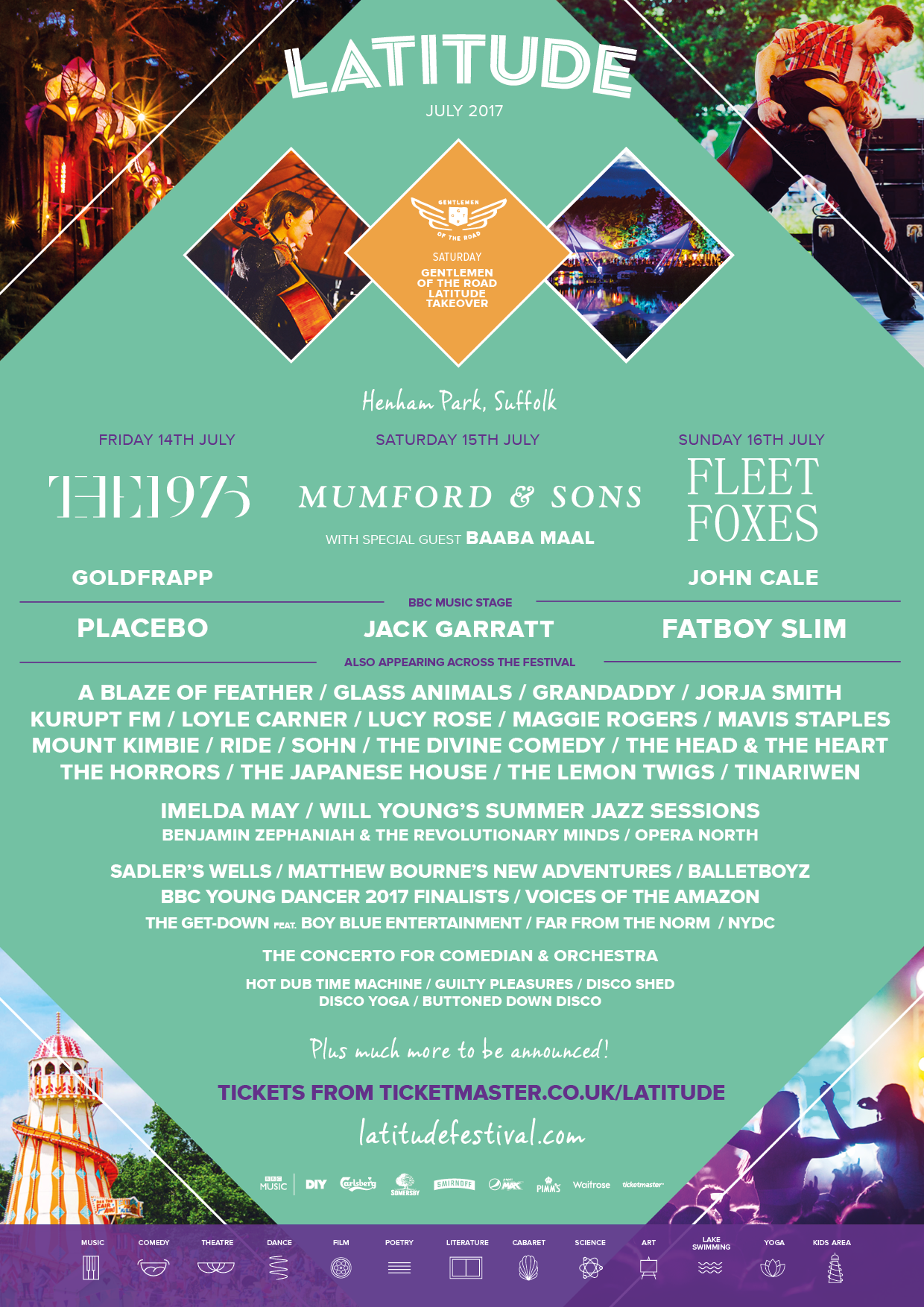