Metallica have been confirmed as the Saturday night headliners for Glastonbury as the full line-up is revealed.

The US band tweeted the news last night.

Worst kept secret in rock and roll is now confirmed... see you at @GlastoFest on June 28th! #MetOnTour

It will be Metallica's first appearance at the festival in Somerset and the first time a heavy metal act has topped the bill on the Pyramid stage.

They join the previously announced headliners Arcade Fire and Kasabian for the festival at the end of June. 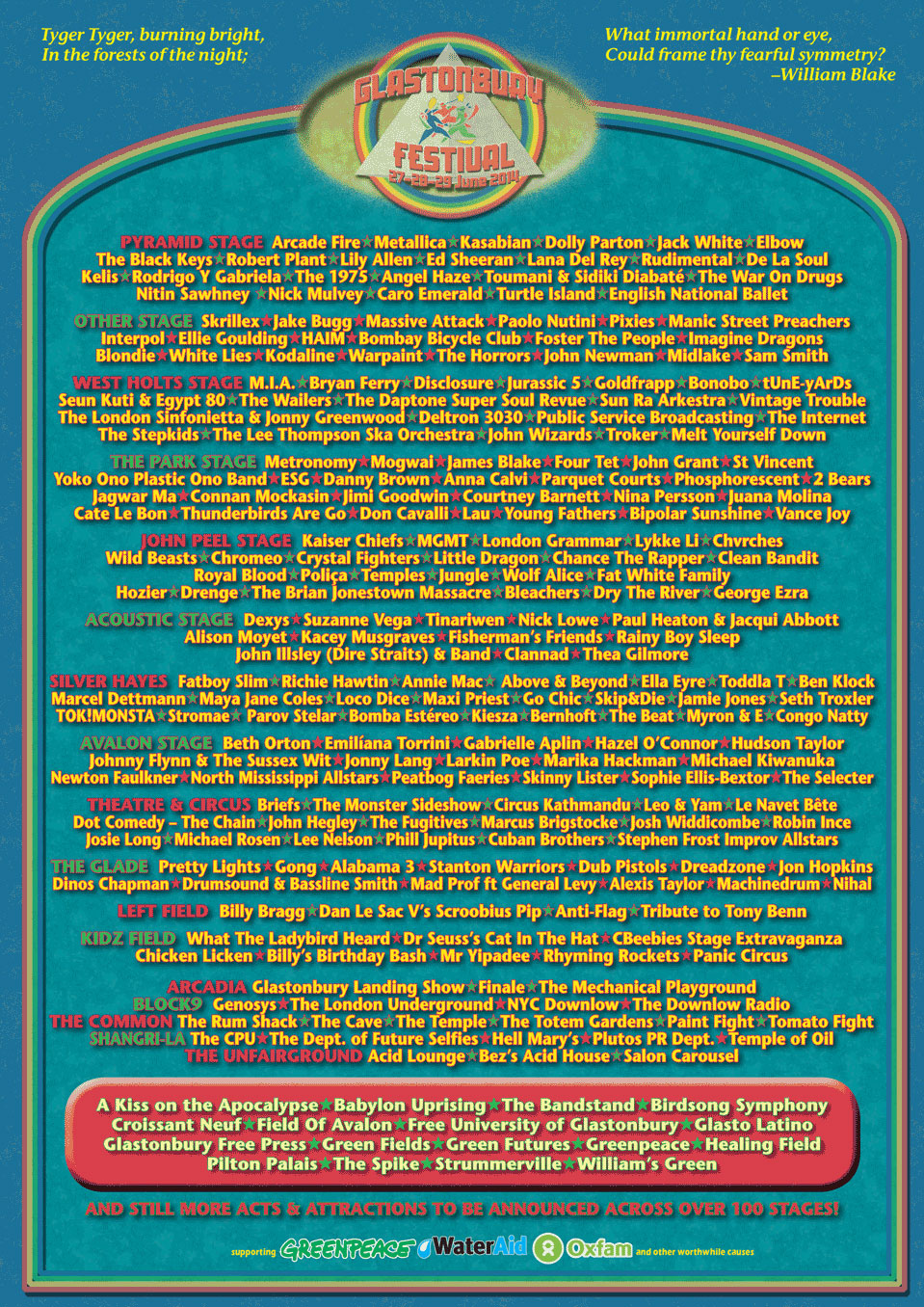