Why The Specials recorded Ghost Town

Songwriter Jerry Dammers summed up the mood of the nation in the early 1980s... but what were the events that inspired this classic song?

An eerie flute, a set of mournful voices and a beat that wouldn't be out of place at a funeral march... The Specials' Ghost Town hit the top of the UK charts in the summer of 1981, marking the collapse of a country under strain and flagging frustrations and injustices that burn on to this day.

The song was born out of an attempt to encapsulate the life of a young person living in inner city Britain, and particularly the experiences of the black community, who were frustrated at the lack of opportunities afforded to them. Could music hold up a mirror to what society had become?

The Specials had formed in Coventry 1977 as the perfect mult-racial band: founder and keyboardist Jerry Dammers, singer Terry Hall, bassist Horace Panter, guitarist Roddy Byers and drummer John Bradbury were white; guitarist Lynval Golding and vocalist Neville Staple were both Jamaican born and part of the Windrush generation that moved to the UK when they were children.

Immigration into the UK had increased throughout the 1960s and early 1970s, due to the independence of many former British colonies. The Empire Windrush was one ship that stopped off in Jamaica, allowing many residents to take advantage of their newly acquired British citizenship and re-settle in the UK. The same thing happened across Commonwealth countries in Asia and Africa - all of whom were invited to Britain to contribute to the post-war economy.

However, the increase in immigration saw the rise of the National Front, the right-wing party that opposed the influx of people from the Commonwealth. In 1977, the NF saw gains in the Greater London Council elections, causing protests and violent clashes. The Rock Against Racism campaign was founded in 1976 as a reaction to the increasing support for right wing causes and held their first gig in London's Victoria Park in April 1978.

Into this came The Specials. Jerry Dammers formed the group with the express intention of bringing together the black and white communities that lived in his hometown of Coventry. He told The Guardian in 2008: "It was all part of the same thing and for me it was no good being anti-racist if you didn't involve black people, so what The Specials tried to do was create something that was more integrated."

The Specials embraced ska: the Jamaican dancehall music of the 50s and 60s was mixed with the energy of punk and created a stylish, positive sound, light years away from the nihilism of the Sex Pistols. Even the label Dammers set up to release his music hinted at the integration he was aiming for - it was to be called Two Tone.

While The Specials hit the ground running with a number of hits - Gangsters and A Message To You Rudy were Top 10 and Too Much Too Young hit the top spot in January 1980 - by the making of their second album, More Specials, tensions were beginning to form within the band. The tour to support the record was blighted by violence among the crowds.

As The Specials made their way around the UK in October 1980, Jerry Dammers could see the cracks beginning to appear both within the group and within the country. "You travelled from town to town and what was happening was terrible," he told The Guardian in 2002. "The country was falling apart. In Liverpool, all the shops were shuttered up, everything was closing down. Margaret Thatcher had apparently gone mad, she was closing down all the industries, throwing millions of people on the dole. You could see that frustration and anger in the audience. It was clear that something was very, very wrong."

The animosity in the air worked its way into a song. Dammers had been working on what would become Ghost Town for the best part of a year, "trying out every conceivable chord".

The recording of what was to become one of the most memorable songs of the 1980s was not smooth sailing. "Everybody was stood in different parts of this huge room with their equipment, no one talking," Horace Panter remembered of the studio session. "I can remember walking out of a rehearsal in total despair because Neville would not try the ideas," recalled Dammers. When guitarist Roddy Byers started kicking a hole in the studio wall, the engineer threatened to throw them out. Dammers panicked, crying: "No! No! This is the greatest record that's ever been made in the history of anything! You can't stop now!"

The song Dammers had written encapsulated the despair within the band and within Britain. The "ghost town" of the title could have been anywhere in the country as unemployment rose to over 2 million and industry collapsed.

"Bands won't play no more..." the vocals chime. "Too much fighting on the dancelfoor".

After a disastrous show in Cambridge that saw singers Terry Hall and Neville Staple arrested for "inciting a riot" - they were actually trying to stop one - The Specials decided to quit touring.

As 1981 ground on, Prime Minister Margaret Thatcher's new "stop and search" policy meant police were targeting black youths more than ever. In April, disturbances began in Brixton over the police's heavy-handed tactics - but that was only the beginning.

Ghost Town was released on 12 June 1981 just as a series of riots began around the UK: Brixton and other parts of London, Liverpool's Toxteth area, Moss Side in Manchester, Chapeltown in Leeds. Birmingham, Wolverhampton, Sheffield, Nottingham, Newcastle-upon-Tyne and Hull were all among the towns that experienced disturbances.

As Ghost Town climbed the charts, the protests increased. The single made Number One in the UK on 7 July, just as the unrest reached its peak. The Specials had summed up the angry mood of the nation.

Jerry Dammers felt vindicated: "It's hard to explain how powerful it sounded. We had almost been written off and then Ghost Town'came out of the blue."

However, his triumph was to be short-lived. Backstage at the BBC's Top Of The Pops show as The Specials were recording a performance of Ghost Town, Terry Hall, Neville Staple and Lynval Golding broke the news to the rest of the band that they were leaving. The trio went on to have pop success in the early 1980s as Fun Boy Three. Dammers continued with a band known as Special AKA with their memorable protest song Free Nelson Mandela. Various line-ups continued to record under the name throughout the 1980s.

The Specials reformed in 2008 for a show at Bestival, although without Dammers who claimed he'd been forced out. In 2019, the eighth Specials album, Encore, was released attracting good reviews. The core of the band is now Terry Hall, Lynval Golding and Horace Panter. 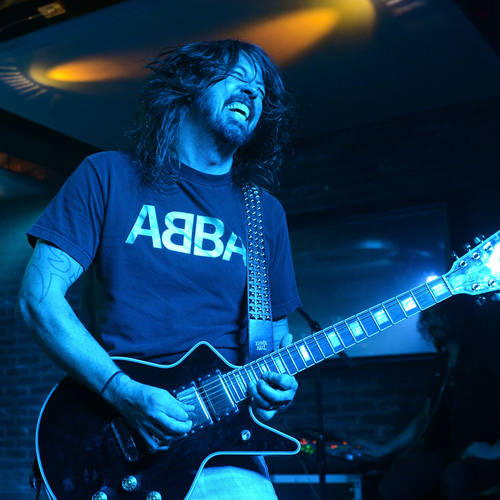