21 June is the Summer Solstice, which is the day with the most amount of daylight hours. Which songs seem to go on for days? Let's take a listen...

In June 1992, Alex Paterson's ambient electronica project issued a track that would clock in at just under 40 minutes - any longer than that and the BPI considered the "single" to be an "album". He had previous form: A Huge Ever Growing Pulsating Brain That Rules From The Centre Of The Ultraworld from The Orb's debut LP lasts just under 19 minutes.

The Floyd loved a long song, but this classic- from 1971's Meddle album - is one of the most memorable. It makes Shine On You Crazy Diamond look anaemic at just 13 and a half minutes.

The electronic pioneers came from a prog rock background, so they liked to stretch out in live performance. The title track of their influential 1974 album takes up the whole first side and depicts a car journey via the medium of squelchy synthesised sound.

This extended waltz was edited down to fit on the band's 1985 album Low-Life, but the full 17 minutes finally appeared on the 2002 box set Retro.

Taken from the 1968 album White Light/White Heat, this extended jam bored the engineer so much he reportedly walked out of the studio and left the band to it.

A typically blissed out offering from the Ladies And Gentlemen We Are Floating In Space album of 1997. Goes on a bit.

The final song from the Glasgow band's 1997 debut album Mogwai Young Team. It sticks around a while.

The epic, epic 1992 single from the baggy legends. Lasts almost as long as an entire weekend.

The original 1989 debut 12" single from the brothers Hartnoll lasted an epic 12 minutes. It was almost eclipsed by the hypnotic B-side, Deeper, which was 15 and a half minutes long. Night night!

The LA mystics loved a long song, but this is one of the most famous - it concluded their incredible, self-titled debut album of 1967.

This extended work out takes half a side of Bowie's 1976 album and was a huge influence on long-song fans Kraftwerk, inspiring their Trans-Europe Express album.

No it isn't! A wry title for the final track on the French dance duo's 2001 album Discovery. Ends bang on the 10 minute mark with the sound of a needle hitting the inner groove of a vinyl album.

A trippy excursion into the furthest reaches of Bobby Gillespie's brain, the original version on 1991's Screamadelica breaks the ten minute barrier. Meanwhile, the actual song Screamadelica is 10.46 and was included on the Dixie Narco EP.

53 seconds of song and 9 minutes of John Squire's wah-wah guitar. You can always try the 4.15 version… if you're a LIGHTWEIGHT.

Wayne Coyne's loony attempt to record a 24-hour song was successful - they had to issue the thing on a flash drive. As a limited edition. Of 13. Encased in human skulls. No, really. a 50-minute "digest" was released as an album for Record Store Day 2014. Here's the "single" edit. 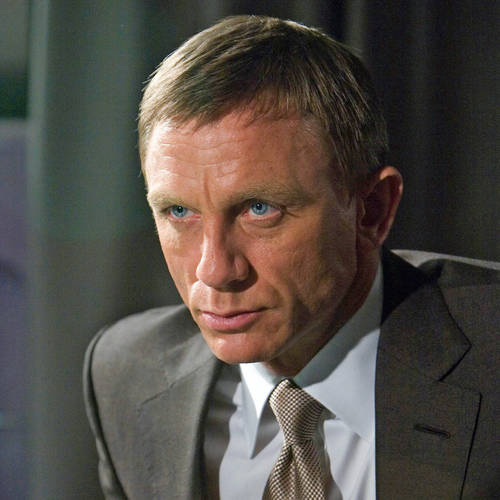