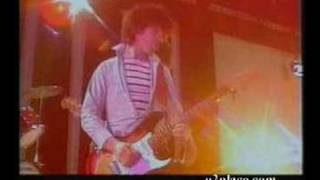 The band are back with a new album… but their history goes back a LOT further than The Joshua Tree.

U2 returned this year with some very special shows this summer to mark the 30th anniversary of the release of their classic album The Joshua Tree. Plus, their fourteenth studio album, Songs Of Experience, is released this month.

But by 1987, the ‘2 were onto their fifth studio album and had been knocking around together for the best part of a decade.

Back in 1978, the group were at the dawn of their career and started life known as The Hype. There was enough - ho ho - hype about them to bag them a slot on a local Irish “youth” TV show called Youngline.

Bono and Adam Clayton, The Edge and Larry Mullen Jr are just a fresh-faced 16 years old. Take a look at these budding stars as they perform a song called Street Mission.

Bono does his best impersonation of Johnny Rotten of the Sex Pistols - all leering into the camera - The Edge has hair, Adam Clayton looks like a geography teacher and all four are wearing terrible 1970s clothes.

By the time the clip was repeated that June, the quartet had won the Limerick Civic Pop Week ’78 talent competition - netting them a sweet £500 in prize money and a demo session with the record label CBS.

The week after the competition, the band decided to change their name to U2. And the rest is history.

Would YOU have bet money on them becoming one of the biggest bands in the world?