The Liverpool-formed trio are celebrating 10 years since the release of A Guide to Love, Loss & Desperation.

The Wombats have announced a special show to celebrate 10 years since the release of their debut album.

The trio - who released their A Guide to Love, Loss & Desperation LP in 2007 - will celebrate the anniversary by playing the O2 Academy Brixton on 30 June 2017.

Excited to announce we're having a 10th birthday party for our 1st album at the @O2academybrix! RSVP: The Wombats - PS New music coming soon pic.twitter.com/LURwxjSD7Q

The Liverpool-formed outfit also teased new music would be "coming soon", hinting that the follow-up to 2015's Glitterbug is on its way.

The band have been keeping very busy of late, with drummer Dan Haggis working on his solo album, Circadian Circus, which is set for release on 24 February.

I've got a solo album coming out this month, Circadian Circus. Feb. 24, in fact! More to come! #newmusic #circadiancircus pic.twitter.com/Y2wcIU6aPH 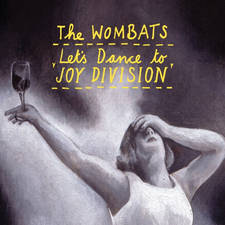