The Wombats announce UK and US tour dates

The Liverpool trio will play "warm up shows" in London, Liverpool, New York and more.

Tickets for the shows are being sold via a ballot. A statement from the band has said that "Tickets for the UK will be sold via a ballot...the ballot closes on Wednesday 12 November at 9am. You will be notified by email on Wednesday 12 November at 1pm to confirm whether you have been successful or not, along with instructions on how to purchase tickets."

You can enter it here.

A new record is expected early next year from The Wombats. It'll be the first new material we've had from the band since 2011's The Modern Glitch.

THE WOMBATS WARM UP SHOWS: 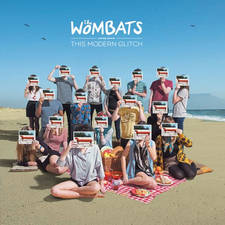