The Wombats: "We're Literally Drooling To Get Out There" 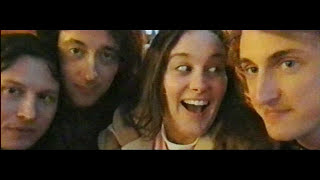 Frontman Murph has told Radio X's Danielle Perry that their new album Glitterbug is their most personal yet and they can't wait to play it live.

After what singer Murph admits is "the most nuts year of my life", The Wombats are releasing Greek Tragedy on 16 January, the first single from upcoming album Glitterbug. The album is out on 6 April but it's returning to playing live that Murph said he's most excited about.

listen to ‘The Wombats: "We're Literally Drooling To Get Out There"’ on audioBoom

"We go completely and utterly insane if we're not doing shows from time to time, we're literally drooling at the moment to get out there," he said.

Describing Glitterbug as their most personal album so far, Murph went on to explain to Danielle how most of it was recorded "in a council estate in Battersea.

"Everything was mainly recorded with Mark Crew in Battersea, apart from one song Your Body Is A Weapon which was done in LA, and generally we followed the same kind of writing process as on albums one and two."

But the band also changed things up, with everyone taking inspiration from backing tracks before coming back together to exchange ideas, something Murph enjoyed. "It breathes a bit of fresh air into everything and it's nice not for me not to be the genesis of every song."

And he explained the inspiration Los Angeles has played in Glitterbug's themes: "I just kind of fell in love with the city and noticed a few very odd things about Hollywood...it also has an undercurrent of everyone just wants to be successful and will do anything to get there."