It's as part of the label's Blue Series - which sees famous names popping into their studios and recording &" singles.

The Gibby Haynes Blue Series 7" Single is being released on Valentines Day, 2013.

The three track release features two new songs - You Don't Have To Be Smart and Horse Named George- as well as a cover of Adrenalin OD's Paul's Not Home.

A limited number of the 7" records will be pressed on old medical x-rays (and called a flex-ray disc). 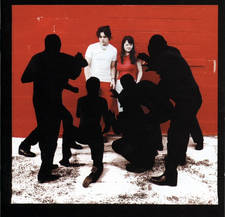