Find out who will play the London festival next year.

Two Door Cinema Club are among the acts announced for Community Festival 2018.

The one-day-event, which takes place in North London's Finsbury Park, will also play host to The Vaccines- who are set to release with their Combat Sports album next spring.

Also added to the bill are the likes of Circa Waves, Sundara Karma, Rat Boy and Pale Waves.

Remind yourself of Community Festival 2017:

It's here! A look back at all the good times we had on 1 July! #CommunityLDN pic.twitter.com/MU1ctzHUYE

More information is available at the official festival website. 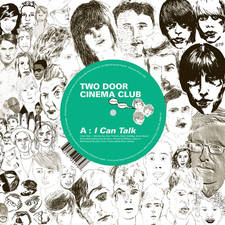