Following yesterday’s announcement that The Coral, Mystery Jets and more have been added to the 2017 bill, Latitude festival have confirmed that Two Door Cinema Club will be very special guests on the Saturday night.

The Northern Irish trio were due to headline the festival back in 2014, but singer Alex Trimble fell ill, leaving Lily Allen to stand in as the Friday night bill-topper.

The band will now perform on the Obelisk Stage on Saturday night, alongside this year’s headliners The 1975, Mumford & Sons and Fleet Foxes.

Two Door said: “We are so excited to be coming to Latitude as Special Guests in July. The festival has such a beautiful vibe and is a great celebration of art which we can't wait to be part of this summer.”

Their third album Gameshow was released in October 2016 and has spawned the hits Are We Ready? (Wreck), Lavender and Bad Decisions.

Latitude Festival takes place between 13 and 16 July in the grounds of Henham Park, Suffolk. Tickets are available now. 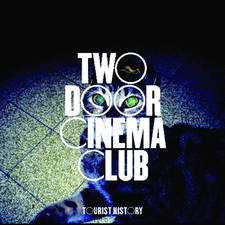