The Verve Are Celebrating 25 Years In A Very Special Way...

Fans of the This Is Music band can expect two special releases on 9 September 2016.

The Verve marking their 25 year milestone by releasing deluxe editions of their first two albums this year.

UMC is releasing remastered versions of 1993's A Storm In Heaven And 1995's A Northern Soul on 9 September, featuring rare and previously unreleased material. 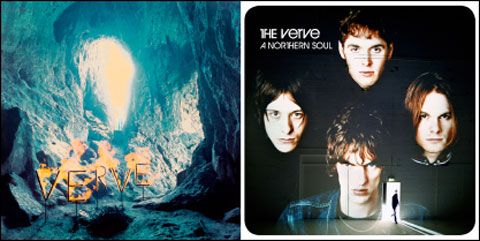 The Chris Potter-remastered albums will be presented as 3CD box sets, with both featuring a booklet with interviews and previously unseen photos.

The band's debut will also come with a bonus DVD, including footage of their 1992 gig at Camden Town Hall, the US video for Blue, unseen footage of the band in New York in October 1992 and a video for the unreleased South Pacific.

Limited edition vinyl versions will also be released in faithful reproductions of the original packaging.