The Vaccines Beat Two Door Cinema Club To Number One

The battle of the second albums has been decided.

The Vaccines have scored a d Number One album this weekend with their second outing, Come Of Age. The London quartet beat Two Door Cinema Club to the top spot, with the Irish lads hoping to win with their very own second album Beacon.

You can hear The Vaccines talk to Radio X's John Kennedy about Come Of Age here. 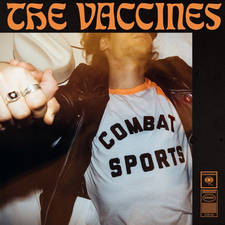