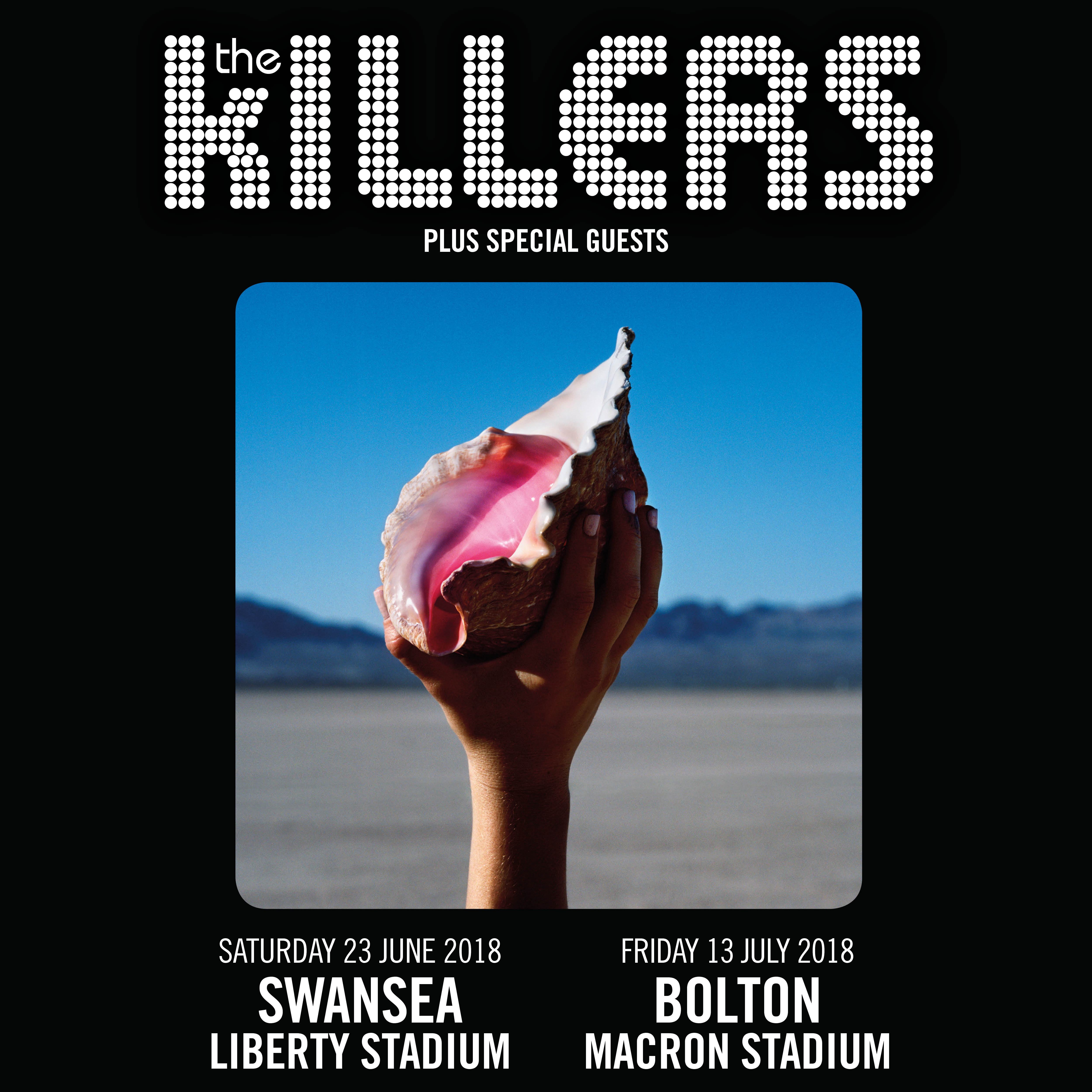 Tickets for both shows will be made available from 9.30am on Friday, 8 December from www.ticketmaster.co.uk and www.gigsandtours.com.

A pre-sale of tickets will be available to members of The Killers’ fanclub, The Victims, from 9.30am on Thursday 7 December via Ticketmaster.

The news comes hot on the heels of the band’s sold-out UK tour with two packed shows at London’s O2 Arena. The dates will be The Killers’ first stadium gigs since they headlined a sold out Wembley Stadium in June 2013.

The shows come in addition to the band’s headline slot at Isle Of Wight Festival, announced earlier today.