Listen to the second single to be taken from Liam Fray and co's upcoming sixth studio album, which is set for release on 17 January 2020.

Courteeners have shared the title track from their forthcoming album More. Again. Forever.

The song is the second cut to be taken from the band's sixth studio album and the follow-up to 2016's Mapping the Rendezvous.

Listen to the dance-inspired track, which sees Liam Fray talk rather than sing, here:

READ MORE: Why Courteeners' Not Nineteen Forever Is More Than Just An Indie Banger...

It is the first instalment of a three-part collaboration between the Middleton rockers and acclaimed author Emma Jane Unsworth.

Fray and co commissioned the author to write a short story for the band, which was in turn made into a short film titled Better.

The film has been split into three sections, which will be used for three separate Courteeners videos.

READ MORE: What Is The Story Behind Courteeners' Cavorting?

Get the tracklisting for Courteeners' More. Again. Forever.

Meanwhile, the Middleton rockers have also announced two UK arena dates for this year, with dates in November and December in London and their hometown of Manchester.

Liam Fray has been sharing rehearsal videos with his fans, revealing the likes of That Kiss will be making its way back onto the setlist. 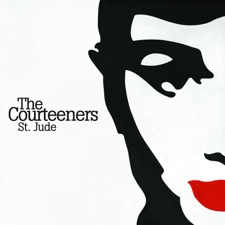