A cryptic post titled Early Next Week by frontman Brett Anderson has got Suede fans hopeful of the imminent release of new music.

Interpreted by many as possible lyrics the post reads:

"Aniseed kisses and lipstick traces, lemonade sipped in Belgian rooms couldn't replace the graceful notions that clung to me when i clung to you,

"But will they love you, the way, the way i loved you ? we jumped over the barriers." 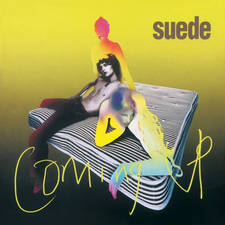