What Is The Stone Roses' Sally Cinnamon About?

The Manchester band's 1987 track became a fan favourite over the years, but there's much more to the love song than meets the eye.

The Stone Roses' Sally Cinnamon was their second single and part of a collection of earlier work often disregarded by the band.

Despite this, the Ian Brown and John Squire-penned track, which was first released in 1987 via FM Revolver, remains extremely close to the fan's hearts.

Perhaps this is due to the song's subject matter, which tells the simple story of unrequited love with a twist.

It begins: "Until Sally I was never happy/I needed so much more" going on to describe a woman "sent from heaven" who "taste(s) of cherryade".

Listen to the full track and see its lyrics here:

However, the final verses of the song reveal not only that the tribute comes in the form of a letter which was found in an abandoned jacket "On a train in town," but that it isn't from the suitor we imagined.

As the track ends with the line: "Sent to her from her from heaven/Sally Cinnamon you're her world," it becomes clear the object of Sally's affection is actually another woman.

Despite the song being quite simple, the band's relationship with it was anything but.

In 1989, the single was re-released by the band's first label boss, Paul Birch, who was keen to capitalise on their increasing popularity.

Now signed to new label Silvertone, armed with a more defined sound and a debut album produced by John Leckie and Peter Hook, the band didn't mind the re-issue, but they didn't want much to do with it.

In fact, not only did they not want to appear in Birch's proposed video, they want to see him make one at all.

The FM Revolver boss went ahead anyway, creating a promo which he maintains was in-keeping with the band's previous visuals by depicting the sounds and sights of Manchester.

However, as Mani revealed in a BBC Three documentary: "When we saw the Sally Cinnamon video, we were gobsmacked man. It was cheap!"

Frustrated and angry at what Birch had done, the band - who were now comprised of Ian Brown, John Squire, Gary "Mani" Mounfield and Alan John "Reni" Wren - decided on route to a recording session in Wales, they would a visit FADS DIY shop in Northenden and arm themselves with overalls and tins of paint.

Telling their driver to make a pitstop in Wolverhampton, they pulled up outside the offices of the record label and threw tins of gloss paint all over John Birch, his wife and their offices, before proceeding to do what Mani describes as "smashing shit up".

Despite feeling pretty pleased with themselves and getting the seal of approval from Black Sabbath who they bumped into ahead of their studio sesh, the band were arrested the next day and found themselves in court months later.

As Pete Cashmore, who was a 16-year-old fan at the time told Express and Star, the crowds that gathered at Wolverhampton Crown Court in 1990 made heir court appearance into "a major rock event".

Despite the damage caused, the band escaped prison and were instead fined for the damage, which included smashing Birch's car in.. much to the label boss's disappointment.

But that's not where the Sally Cinnamon story ends...

Noel Gallagher has since credited the track with being responsible for his entire career.

In the interview below, the Oasis songsmith says: "When I heard Sally Cinnamon for the first time, I knew what my destiny was."

Speaking about the Fools Gold rockers in general, he mused: "We thought back in the day that you had to go to college or to be an art student to be in a band... Or be Paul Weller.

"And when I first went to see The Roses, they dressed the same. This is before the flares and all that. Nobody was cool in those days, they all wore drainpipe trousers and all that, but they looked exactly the same as we did in round about '88, '89 when it all went into colour.."

While the refrain: "And so Sally can wait/ She knows it's too late as we're walking on by" may not be about The Stone Roses' Sally Cinnamon, it very well could be a nod to their 1987 track.

A glorious full circle moment comes when watching Ian Brown and John Squire's famous interview in 1989, when they consider their impact in the future.

Asked whether they think they'll become a band that "people cite as an influence in years to come," Ian Brown replies: "Hopefully people will form groups as a result of seeing us.

"Hopefully we show people that you don't have to be crap to get anywhere".

The rest, as they say, is history.

Is this the most cringeworthy Stone Roses interview ever? 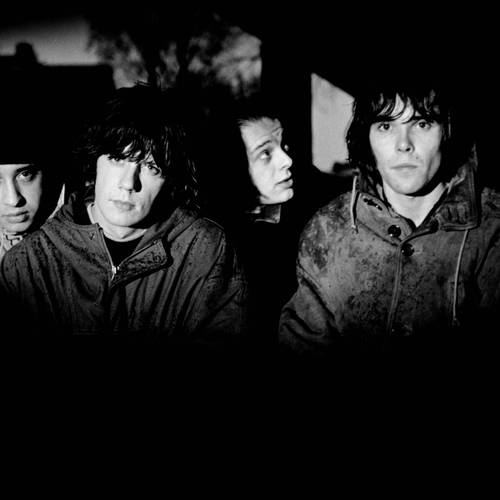