The band have already sold out their first two shows at the Ethiad Stadium, but due to popular demand, a third and fourth have now been added.

The Stone Roses have announced new live dates for next year. The Manchester band will play two gigs in their hometown, playing the Etihad Stadium on Friday 17 and Saturday 18 June followed by a headline slot at the T in the Park festival on 8 July.

Tickets for the Manchester shows went on sale at 9.30am this morning (Friday 6 November) and the first two dates sold out so quickly that third and fourth dates have been announced for Wednesday 15 and Sunday 19 June.

Fans can visit the official website and TinThePark.com to buy tickets.

Ian Brown, John Squire, Mani and Reni teased the news on Monday (2 November) with Lemon posters around the Northern Quarter of the city, which was picked up by fans and fellow musicians.

What have we here then? See a poster, share it here. Something's happening... #StoneRoses #thestoneroses #lemons pic.twitter.com/zIaMugnLo0

The Charlatans frontman, Tim Burgess, even got in on the act, speculating about the number of lemons and what it meant.

With both dates happening just before Glastonbury - which takes place on 22-26 June - rumours are circulating that the band will also headline the Pyramid Stage at Worthy Farm.

Fans can visit the official website and TinThePark.com to buy tickets.

25 Albums that changed the world

QUIZ: Can You Name The Album From The Opening Line? 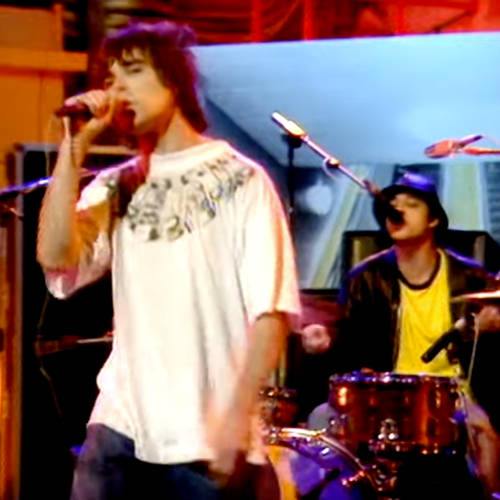 The moment The Stone Roses blew a fuse on live TV