Kelly Jones and co will play a homecoming gig at the Swansea park. Find out who's supporting them and when to expect them on stage.

Stereophonics are set to return to their native Wales this weekend for a homecoming show at Swansea's Singleton Park.

The Dakota rockers will play the 250-acre park, treating fans to songs across their almost 30-year career including the likes of Bartender and the Thief, Mr. Writer, C'est La Vie, Just Looking and standalone track Chaos From The Down.

Get the stage times here...

What are the stage times for Stereophonics at Singleton Park?

READ MORE: The story of Stereophonics' Local Boy In The Photograph

READ MORE: Is this the cover star from Stereophonics' Performance and Cocktails album? 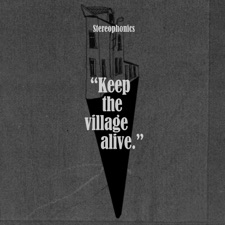