Kelly Jones and co are set out on UK and European dates this year. Find out where they are headed, what to expect and how to buy tickets.

Stereophonics are never too far away from their next live performance.

The Welsh rockers formed in the village of Cwmaman, Wales in 1992 but, have still managed to captivate audiences during their almost 30 year long career.

The Dakota outfit - who are comprised of original members Kelly Jones and Richard Jones alongside drummer Jamie Morrison and rhythm guitarist Adam Zindani - are currently on the UK dates on their Kind 2020 tour.

They're also hitting the festival circuit, where they'll be visiting the likes of Ireland, Switzerland and The Netherlands.

Find out where they are headed this year, who's supporting them and if you can still buy tickets.

READ MORE: The story of Stereophonics' Local Boy In The Photograph

Where are Stereophonics touring in 2020?

Who will be supporting them?

The remainder of Stereophonics March UK dates will see them supported by special guests The Wind + The Wave.

Their shows at Bught Park and Vanoyl Park in Scotland and Wales respectively will see them joined by special guests who are yet to be announced.

Can you still buy tickets?

Tickets are still available for some of their shows and festival appearances.

Kelly and co will no doubt play a career-spanning setlist, featuring everything from the likes of Bartender and The Thief to Mr. Writer, to Dakota and beyond.

See a recent setlist from their recent gig at their Brighton Centre gig on 2 March:

2. I Wanna Get Lost With You

9. I Wouldn't Believe Your Radio (first verse and chorus only)

10. Local Boy in the Photograph

12. Graffiti on the Train

13. Make Friends With the Morning

20. Before Anyone Knew Our Name

22. The Bartender and the Thief

READ MORE: Why Stereophonics are one of Britain’s greatest live bands 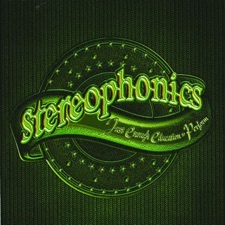