The singer-songwriter wants people to “just f**king listen” to his music.

Sam Fender says he finds it silly when people compare him to Bruce Springsteen - and he wants people to just "f***ing listen" his music.

The Hypersonic Missiles singe has been touted by many critics as the next Springsteen, but he thinks it's silly.

Sam told The Belfast Telegraph: "I'm not the next Bruce Springsteen.

"He's one of the greatest singer-songwriters of all time. I've not even released my debut album and people are already comparing us to him."

And on being compared to Oasis, he added: "There is no next Oasis. There was Oasis."

The North Shields singer-songwriter, whose debut album Hypersonic Missiles became the UK’s Number 1 album in the week of its release claims comparisons do no good.

He said: "The whole comparison thing just makes me ... People always go, 'Oh, what does he sound like?' and stuff like that. Just f***ing listen to it."

The 23-year-old star won the BRITs Critics' Choice Award earlier this year. But Sam, who battles with anxiety, insists he's taking it all in his stride and is trying to focus on enjoying himself.

He told the paper: "I am learning ways to cope.

"I think the best way to look at it is, 'Yes, it's pressure, but for Christ's sake, it's amazing'. You never know when this thing is going to end."

You can hear Sam Fender’s amazing set at the Oz Ritz Manchester last weekend on Radio X from 7pm on Sunday 29 September. 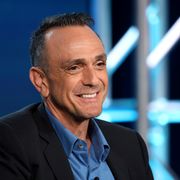 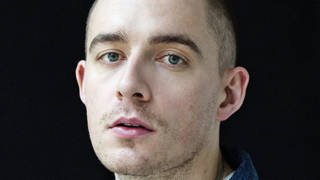