VIDEO: Sam Fender is the star of Topman's Suit Yourself Campaign

The Hypersonic Missiles singer has been revealed as the star of the high street retailer's campaign, which sees him suit up for a smarter look.

The singer-songwriter from North Shield's has scrubbed up for the retailer's Suit Yourself Campaign, which sees him wearing the smart attire for the high street fashion chain.

In a promotional clip for the brand, the Play God singer remarks: "I like wearing a suit on a special occasion, 'cause I like to feel like a bobby dazzler".

Asked about when he'd previously got dressed up, the down-to-earth BRITs Critics Choice winner mused: "I've only done school prom, and the BRITs I think. And you don't really wanna know about them..."

Watch the clip for the fashion campaign, courtesy of Topman's official YouTube channel, above.

Sharing a picture of himself in a blue suit, Fender took to Twitter to announce the collaboration, writing: "Traded in me tracksuit for the @Topman Suit Yourself campaign x"

Traded in me tracksuit for the @Topman Suit Yourself campaign x pic.twitter.com/cnvg9TEwKC

Sam Fender recently proved he hasn't forgotten about where he came from, after creating a video in tribute to the most famous Geordie duo on TV.

Earlier this month, the rocker was so chuffed to find out he'd been followed on Twitter by presenting double act Ant McPartlin and Declan Donnelly, he decided to recreate one of the most famous scenes on UK TV.

Before Ant & Dec were winning NTA awards every year, they played PJ and Duncan in Byker Grove- a drama which centred around a Newcastle youth centre.

The show's most famous scene featured the moment that PJ (played by Ant) went blind in a paintball accident, so Fender, being from the Toon himself, decided to recreate the iconic TV moment with his band.

Watch their amazing depiction of the moment below:

Fender is heading back to Newcastle for a homecoming gig this year, playing Tynemouth Castle on 11 July.

His live dates will see him support his debut solo album, Hypersonic Missiles, which consists of 13 tracks and is set for release on 9 August 2019.

See the Hypersonic Missiles Tracklisting below: 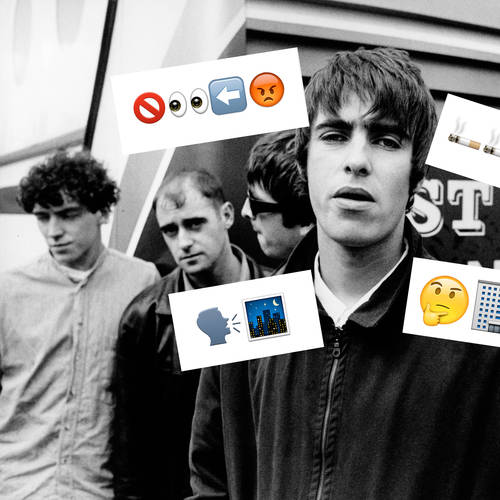