NME has revealed its Top Albums & Songs Of The Year, as voted for by the readers. Royal Blood's self titled debut was crowned Album Of The Year in the poll. Damon Albarn's Everyday Robots and Jack White's Lazaretto also appear in the top 10.

The single Lazaretto by Jack White, however, was voted Best Track Of The Year by the readers. Jungle's Busy Earnin', Jamie T's Zombie and Fat White Family's Touch The Leather also nabbed places in the top 10.

In a statement to NME, Royal Blood said "it’s been an incredible year for us and this accolade, voted for by NME readers, is really the icing on the Christmas cake. Thanks for all your support." 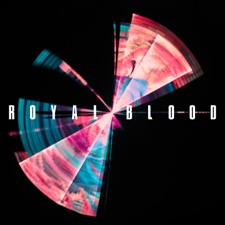