The Lights Out duo have revealed how their "insane" schedule left them with exhaustion.

Royal Blood were "hospitalised twice" after the release of their debut album.

The rock duo - comprised of Mike Kerr and Ben Thatcher - have revealed in the latest issue of NME how they were forced to take a break after their 2014 self-titled debut.

"We didn't get any sleep," revealed Kerr. "We all ended up ill and we all got hospitalised twice. Our sound guy lost a testicle ..."

The Figure It Out singer added: "What I will say is that he had it surgically removed and that night mixed the show. Drugged out. And
I don't think it ever sounded so good."

Though they were running out of energy, the Brighton duo say there were never depressed.

Kerr explained: "The work and the schedule was insane, but there really wasn't a low moment.

"We thought, 'This doesn't happen to any band ever, so let's just enjoy it.' If it ends tomorrow, at least we can look back on it and be like, 'Well, we took everything we could have possibly squeezed out of this.'"

After revealing the details of their second studio album, How Did We Get So Dark?, the duo also announced an intimate UK tour.

Royal Blood will play four dates across Britain - supported by fellow Brighton band Black Honey - kicking off their gigs on Wednesday 17 May at the Cambridge Corn Exchange and ending them on Saturday 20 May at the Leicester O2 Academy.

Tickets go on sale on Friday 28 April from 9am. 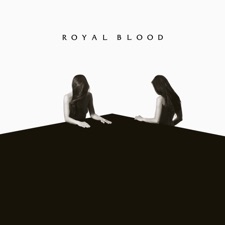 Lights Out
Royal Blood
Download 'Lights Out' on iTunes