The duo's second album, How Did We Get So Dark? has hit the top spot.

Royal Blood have learned that their second album. How Did We Get So Dark? has hit Number 1 in the UK charts… just as they took to the stage at this year’s Glastonbury festival.

The duo stopped their Pyramid Stage set to toast the crowd in champagne before launching into their hit Figure It Out. Their second album was released a week ago and has followed their self-titled debut to the top spot in the UK.

Speaking to the OfficialCharts.com just before taking their main stage set, the band were overwhelmed, commenting: "Wow. Just wow....can we just say, thank you so much.”

This went straight to number one and to our heads. Thank you so much. pic.twitter.com/yW25IyCZyh

The Brighton duo's debut was the fastest-selling rock debut in 3 years when it hit the top of the charts on. its release in August 2014.

How Did We Get So Dark? finished with almost 22,000 combined sales ahead of their nearest competition Ed Sheeran.

Last week, Ben Kerr and Mike Thatcher told Radio X's Gordon Smart about some of the influences behind the album.

They also took time to play a game of "Classic Rock Beat The Intro"... Watch how they got on here! 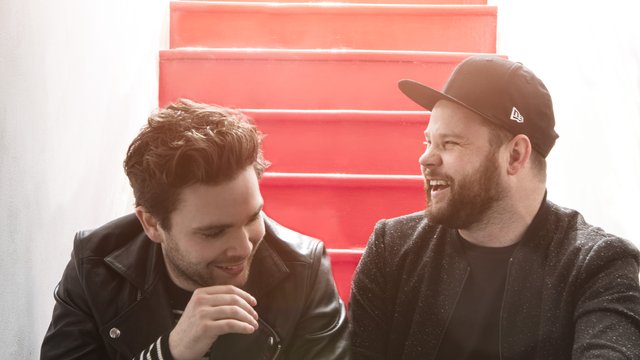 All You Need To Know About The New Royal Blood Album