"It Felt Like Christmas!" Royal Blood On Playing With The Foo Fighters

They're set to play Wembley with Dave Grohl and the band in 2015 and Royal Blood tell us the offer felt like their best ever Christmas present.

Want to know the best present Royal Blood are getting this Christmas? Well, they've already got it!

Mike and Ben have told Radio X that finding out they'll be supporting the Foo Fighters on their next tour - including a huge show at Wembley Stadium - was like "a thousand tiny Christmases."


Singer Mike has particular reason to be excited: "In all seriousness, I still can't really believe that. I also get to do Wembley Stadium with the Foo Fighters on my birthday. So, thanks Dave!"

They haven't met Dave Grohl yet, but surely that'd be something to make a young band nervous? "We're going to be as normal as possible," promised Mike.

And what else does the next 12 months hold?

"We're going to be playing lots more shows, we get to travel more of the world. We get to play Laneway Festival which tours around Japan, Singapore, New Zealand and Australia." 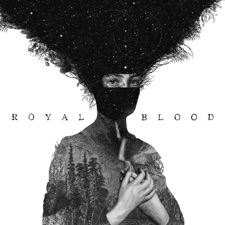