This Story About Chad Smith's Wife And Chachi From Happy Days Is Really Random...

According to reports, the Red Hot Chili Peppers drummer's wife has been accused of assaulting Happy Days actor Scott Baio for being a Trump supporter.

Now, Chad Smith has been involved in a fair few stories over the years, but this latest one - which is said to involve his wife Nancy Mack - is about as random as they come.

According to reports, the wife of the Red Hot Chili Peppers drummer has been accused of assaulting Happy Days actor Scott Baio due to his support for Donald Trump. 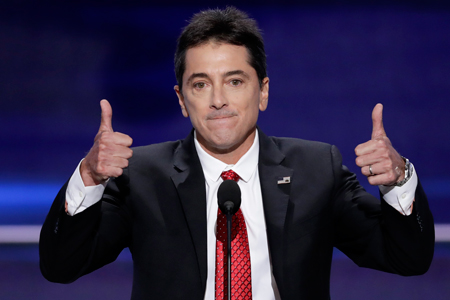 TMZ reports that Baio - who played Chachi in the retro American sitcom - filed a police report against Mack, after she allegedly yelled "Grab 'em by the pussy," repeatedly  before grabbing him under his underarms.

Not so Happy Days.

The outlet adds that the "vocal" anti-Trump supporter was trying to ask the Happy Days actor how he could support a man who said such a thing, while they say sources close to Mack say she was "merely trying to show Baio how Trump hugs women".

And we thought that rumour about Chad Smith peeing on Foo Fighters' Taylor Hawkins was weird...

By The Way
Red Hot Chili Peppers
Download on iTunes