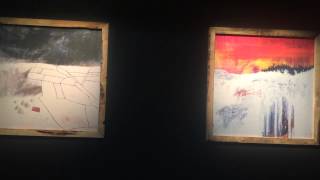 Thom Yorke isn't afraid to venture out into the weirder world of music, but this may just be his most experimental yet.

The Radiohead frontman has composed a song that lasts an outstanding eighteen days. The piece was created for his collaborator Stanley Donwood's exhibition which takes place in Sydney, Australia for, yep you guessed it, eighteen days.

The track is called Subterranea. Reports from The Independent have confirmed that the track is not just a few minutes of audio on a loop - it's all completely different. That's impressive work from Yorke, you have to agree.

Stanley Donwood has worked with Radiohead for years, designing their album artwork for The Bends, OK Computer and more.

How long? More record-beating songs from the Radio X vaults