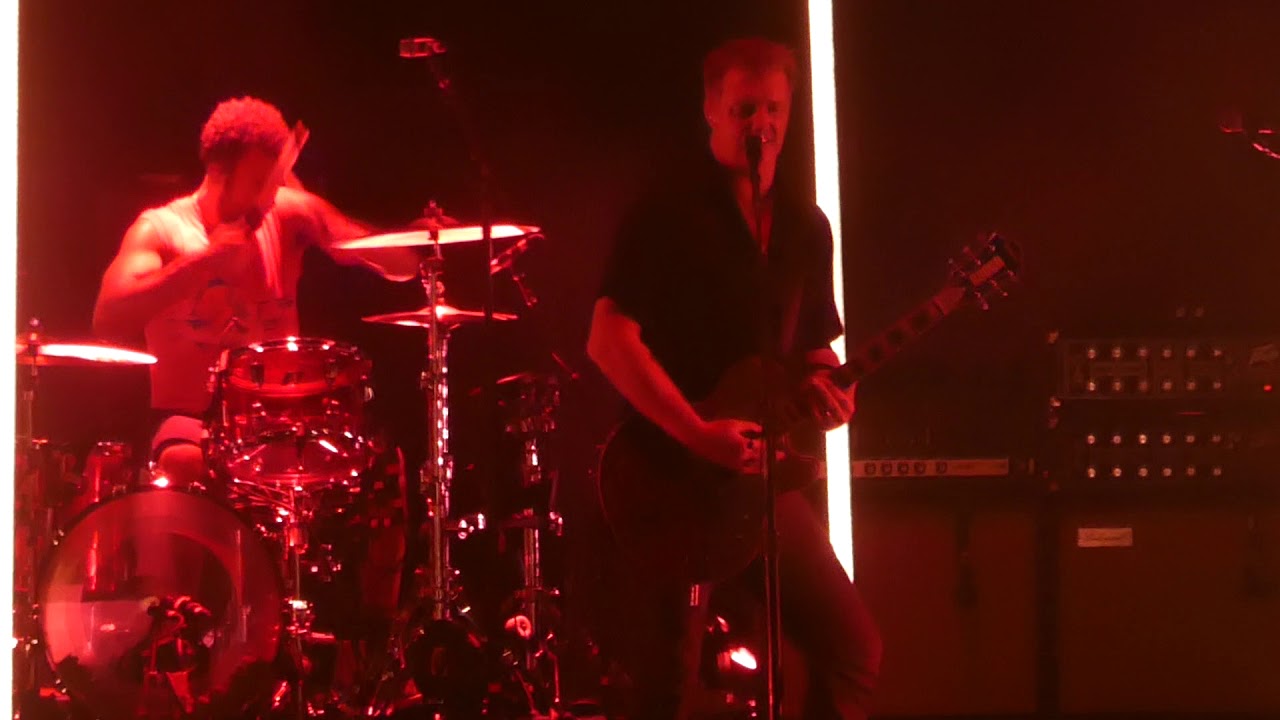 See the Queens of the Stone Age frontman wade in during their Madison Square Garden gig.

Footage has emerged which sees Josh Homme use his no-nonsense approach to sort out an altercation at Queens Of The Stone Age's latest gig.

The Know One Knows rockers were playing a show at New York's Madison Square Garden when their frontman paused halfway through their Domesticated Animals track.

Watch the moment, which was captured by fan Jim Powers above.

In the clip, Homme can be seen telling the crowd: “What’s going on? Is this something like a fight?”

He added: “We’re not here to fight. If you want to fight, stick your head up your ass and fight for air – and get the fuck out.

“We’re here to dance, everybody’s going to get laid, and we don’t want security to be all over the place – they’re already really tight here,” the Feel Good Hit Of The Summer rocker continued.

You would have thought the gig may have been harmonious, with some lucky fans treated to free tickets which were hidden on the New York Subway.

Meanwhile, the outfit are set to bring their Villains tour to the UK and Ireland this year, which kicks off at The SSE Arena Wembley on 18 November.

Find out why Royal Blood's Mike Kerr had to hide from Josh Homme here: