According to reports, Rudi Dolezal - who directed videos for the band - has said a follow-up film is "being heavily discussed in the Queen family".

The director of Queen's classic videos says the band's management team are talking about a sequel to the Bohemian Rhapsody film.

Rudi Dolezal - who has directed several videos for the band and their frontman - spoke to Page Six about their legendary manager, saying: "I’m sure he plans a sequel that starts with Live Aid."

According to the outlet, the One Vision video helmsman also added that that the follow-up to the biopic is now "being heavily discussed in the Queen family".

The outlet adds that the Queen camp have not supported these claims, but fans can expect to see a continuation of the Queen story in TV form.

As it was reported last month, Queen and Adam Lambert are set to appear in new documentary The Show Must Go On: The Queen + Adam Lambert Story.

The two-hour film, which will air on ABC in the spring will follow the legendary band's ongoing collaboration with Adam Lambert, who opened the Oscars 2019 with Brian May and Roger Taylor with an epic performance last month.

As detailed on ABC's website, The Show Must Go On "chronicles Queen and Lambert’s incredible journey since they first shared the stage together on American Idol in 2009."

Watch Brian May play the Bohemian Rhapsody solo on the set of the film: 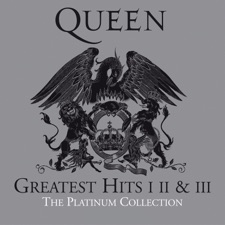