Noel Gallagher Doesn't "Give A S**t" What People Think

The Holy Mountain singer said he's only worried about what his wife, kids and cat think of him.

The 50-year-old rocker has admitted that whilst he isn’t an inherently “private person”, he doesn’t actively share information with the public.

“I don’t have social media accounts," mused the Ballad Of The Mighty I singer in a Facebook Live chat with Noisey. "I don’t get a live feed of what people are saying. My daughter is usually my … you know, when she comes in from school she’ll say ‘Oh god look at this’.

"But I don’t want anybody to know anything about me, so whatever the misconceptions are, that’s my fault. And I probably cultivate that. I’m not an overly private person, but I don’t give a s**t what they think about me. It doesn’t bother me in the slightest.”

Watch Noel Gallagher talk about his new forthcoming album, Who Built The Moon, and its lead single Holy Mountain:

The rocker - who has 17-year-old daughter Anaïs with his ex-wife Meg Matthews, and sons Donovan, 10, and Sonny, seven, with his wife Sara McDonald - insists he isn’t “bothered” by anyone’s opinion of him other than his family.

He said: “I for one, I’m not bothered what Mary Smith thinks of me, no offence Mary, and whatever her opinion is of me, that’s all it is. I only really care what my wife and kids think of me, and my cat. My cat is important. If he didn’t like me, life wouldn’t be worth living.”

Noel also doesn’t like the idea of having “direct contact” with his fans on social media, because he doesn’t think it’s “healthy”.

He said: “Some people sit and have direct contact with their fans through Twitter and all that, and I don’t think that’s healthy. For either your fans or for you, because then you can’t detach yourself from it.”

Meanwhile, Noel Gallagher has been confirmed alongside Courteeners to headline Neighbourhood Weekender 2018.

The brand new two day festival will take place in the heart of the North West at Warrington’s Victoria Park on the Bank Holiday weekend of 26 and 27 May 2018.

An exclusive pre-sale for Warrington residents (that’s people with a WA postcode) go on sale at 9.30am on Thursday 16 November via this link. 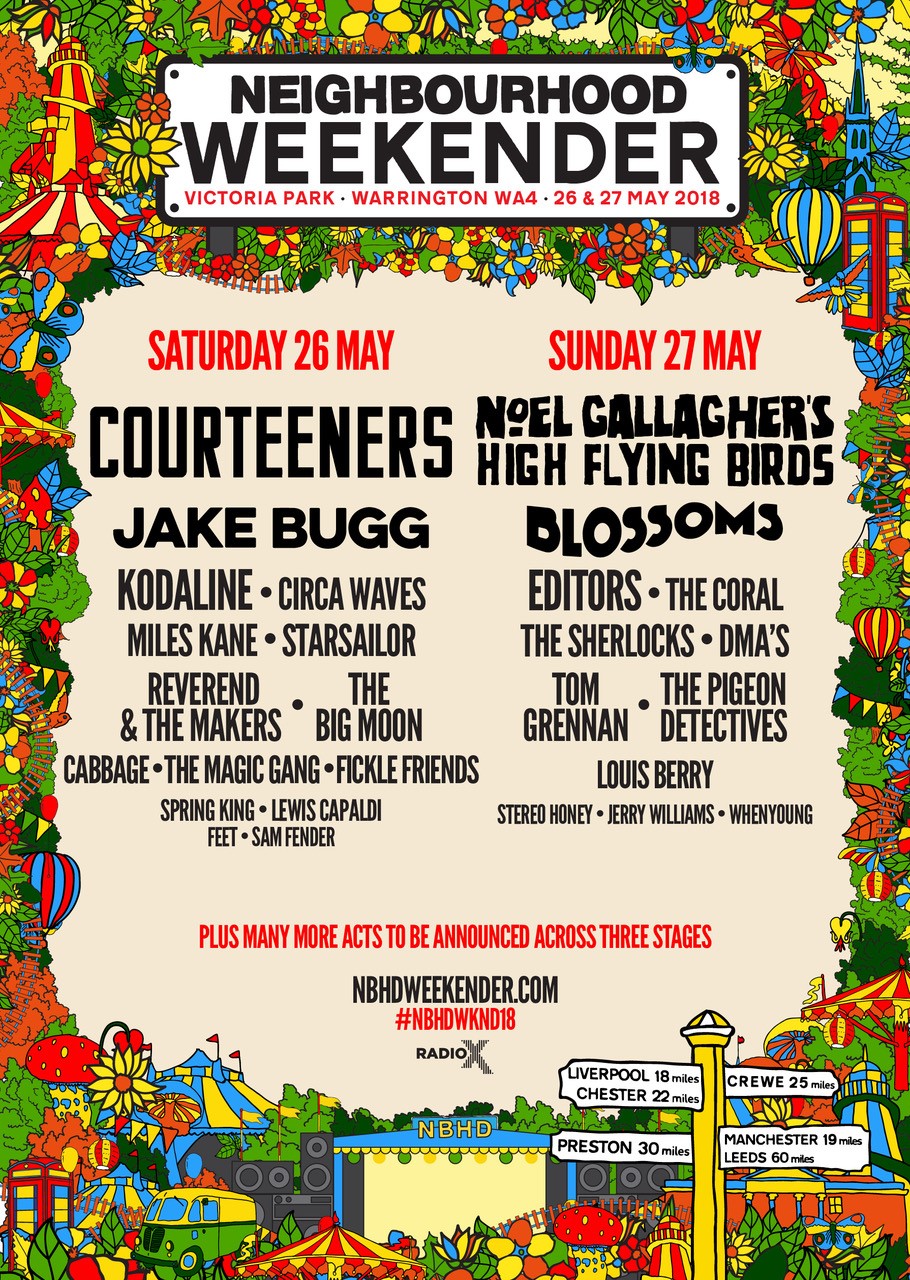