Isaiah Silva is reportedly allowed to keep the instrument in his divorce settlement with the Nirvana icon's daughter.

It was previously reported that the guitar was at the centre of the divorce battle between the daughter of the Nirvana frontman and her ex Isaiah Silva, who claimed that she gave it to him as a gift.

Now, According to TMZ - who claim to have read the judgement documents - Frances has allowed Silva to keep the 1959 Martin D-18E on the condition that Silva's new girlfriend vacates the couples LA house, which now belongs to Cobain under the property settlement.

The instrument is thought to be especially valuable because only 300 were made before Martin discontinued the model, and a left-handed Cobain had the bridge and nut replaced so it could be played upside down.

When previously asked by the outlet what she thought about the dispute, Courtney Love said it was a "family heirloom" which was not given by her daughter as a gift to her ex.

She added: "I'm really glad she's out of this dangerous and toxic relationship".Watch Love give her thoughts on the case below:

Watch Cobain using the now iconic guitar at Nirvana's MTV Unplugged during their cover of Bowie's Man Who Sold The World.

Though Frances Bean has lost the iconic piece of music history, it's clear she's forging her own way when it comes to the business, recently sharing her first ever original song and suggesting she is set to release her own music.

Watch her soulful vocals below: 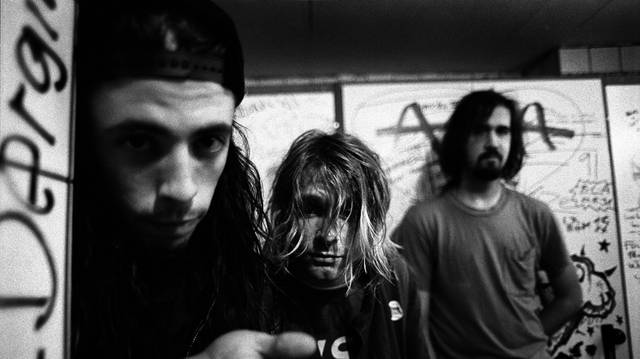