WATCH: Peter Hook Talks Getting Knocked Out At Worst Gig Ever

The bassist has recalled the memorable New Order show which only lasted 21 minutes.

As a founding member of Joy Division and New Order, Peter Hook has plenty of stories about the influential Manchester bands under his belt.

But when asked by Radio X's Gordon Smart about the worst gig he'd ever played, one immediately sprang to mind; New Order's Rotterdam gig in 1980.

"The first time we played as New Order we played in Holland," revealed the Ceremony bassist. "We played for 21 minutes. There was no security, the audience went ape...

He added: "When I jumped off [the stage] they all went 'Ah he's out of the band' and they all jumped on me like a rugby scrum, and one of them punched me and knocked me out".

The Manchester legend has also recalled the horrifying moment he was called from the scene of the Manchester terror attack where his daughter was watching an Ariana Grande concert.

"I’ve never taken a phone call like that and I hope I never will again," he told Gordon Smart. “It was the most horrible thing I’ve even been through. Most horrible phone call I’ve ever taken."

Reflecting on just how fortunate his daughter was and how the human cost of the tragedy could have been much worse, he mused: “She was lucky in that she stayed for the encore. And if Ariana Grande hadn’t done that encore they reckon that 2,000 more people will have been injured if not killed."

The Manchester Arena attack, which hit the heart of the city, led to a huge outpouring of tributes from all corners of the entertainment world.

The gig, which featured a star-studded line-up including Coldplay, Black Eyed Peas, Marcus Mumford and Justin Bieber, saw Chris Martin lead the crowd in singing an emotional version of Don’t Look Back In Anger to the starlet.

Liam Gallagher also made a surprise appearance at the Emirates Old Trafford gig and performed a stirring rendition of Live Forever-accompanied by Chris Martin on guitar.

The emotional gig was followed by the We Are Manchester concert, which marked the re-opening of the Manchester Arena on Saturday 9 September and raised funds for the Manchester Memorial Fund.

The gig, which featured fellow Mancunians Courteeners and Blossoms culminated in a headline set from Noel Gallagher who sang an emotional rendition of Don't Look Back In Anger. 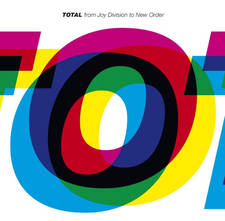