The legendary Manchester band will play London in November.

New Order have announced their only UK show of 2018. The hugely-influential Manchester band will play London’s Alexandra Palace on 9 November before heading off on a short tour of South America.

Tickets for the London show go onsale Friday 07 September at 9.30am via www.gigsandtours.com and www.ticketmaster.co.uk.

London, are you ready?

Find out ticket details for our only UK show of 2018 at @Yourallypally here: https://t.co/0rO50yHkF7 🇬🇧 pic.twitter.com/R8L9VqNsLX

Before the London date, and almost forty years to the day of Joy Division's TV debut, a documentary titled New Order: Decades will air on Sky Arts. The programme takes a look at special shows So It Goes… which the band performed with a 12-piece synthesiser orchestra during Manchester International Festival last year.

According to the makers, the film “offers a rare chance to enter the band's private world, understand the visual philosophy of their aesthetic and design, and witness their collaborative, creative processes first hand.”

You can also expect some classic New Order deep cuts like Bizarre Love Triangle, Shellshock and Subculture, plus a handful of Joy Division classics. The documentary airs on Saturday 22 September at 9pm. 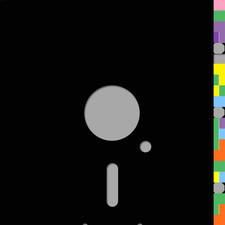