WATCH: Muse unveil the ambitious video to Dead Inside 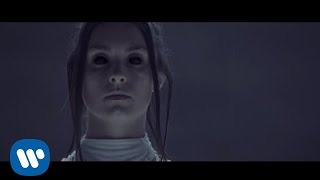 The video to the brand new Muse single has dropped and it's amazing! Take a look here.

Muse have unleashed the video to their first single from their new LP Drones. The track is called Dead Inside and, following on from teaser track Psycho, is a huge guitar feast. Dead Inside is officially released on 4 May.

The video features a man and a woman battling each other in a desolate arena, while the band play on.

Speaking with Radio X, bassist Chris Wolstenholme spoke about how great their current tour of small venues have been. "[They've] taken us back in time a bit and reminded us that we're a rock band!"

"It's got us talking that maybe we should do more of this.We love doing the big arenas, the festivals, but there's definitely something missing. You come back to these shows and just feel this really strong connection with the audience again."

Talking on the album's heavier new sound, Chris said, "it's important we went back to being a rock band. It was fun exploring the electronic side of things, and we do on this album, but most of what you hear is the guitar, bass and drums."

Drones is released June 8th. You can see the full tracklisting below.

Are these the best live albums?